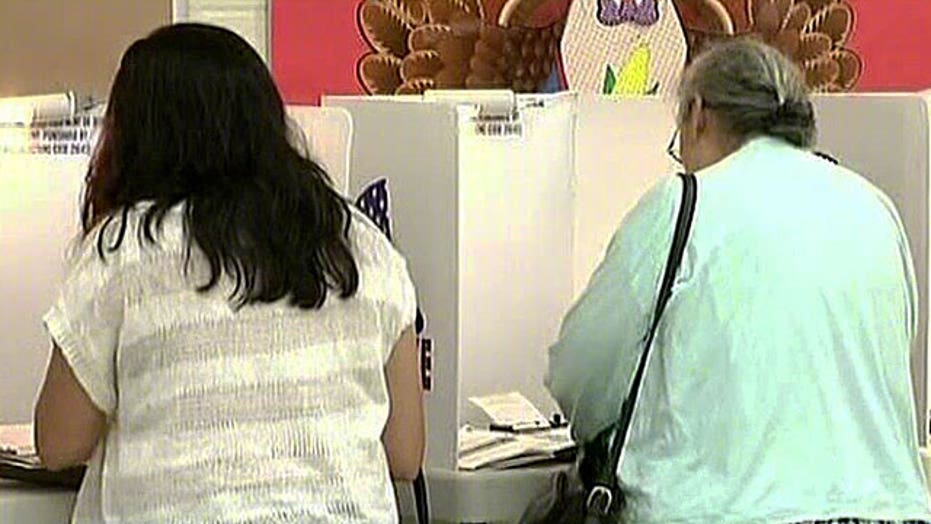 Nearly 20 years after reporters and congressional investigators caught the Clinton administration trying to register a million immigrants as new citizens and Democratic voters -- many without proper documents -- some Republicans fear the Obama administration is instituting a similar policy.

The November memorandum issued by the White House and Department of Homeland Security on immigration does more than give a reprieve to millions of illegal immigrants. It also makes a push for legal immigrants to become citizens. It allows legal immigrants in the U.S. to, for the first time, pay their $680 naturalization fee by credit card. And the plan offers to waive the cost, based on income, for families earning up to $47,000 for a family of four.

In the past, the government prohibited such partial waivers. The plan, dubbed "New Americans," will also include a comprehensive media campaign in major media markets in 10 states.

Critics worry this is part of an effort to register new Democratic voters and turn red states blue by the next election.

"The goal is to naturalize as many as they can with the idea of registering them to vote with the hope that they're going to vote Democratic as they did in 1996," said Republican strategist Randy Pullen. "They're using our money for political means for their 2016 path to victory in their minds."

But Ali Noorani, director of the National Immigration Forum, a Washington, D.C.- based policy organization, said the goal is to "bring them into the full fold of society, make sure they are assimilating, learning English, learning their civics and becoming U.S. citizens." He called that a positive.

The administration argues immigrants are good for the economy, representing just 13 percent of the population, but 16 percent of the labor force and 28 percent of all new businesses. The White House Task Force on New Americans, according to the November document, will consist of almost a dozen Cabinet-level agencies. They will train and support other agencies and nonprofits to "improve long term integration and foster welcoming community climates."

But the GOP sees something else behind the plan.

"They're cutting fees with the intent to spur naturalization on, but someone else is going to pay for this," Pullen said. "We're talking about millions of naturalization cases that will have to be handled. The vast majority in the next 18 months."

The plan will target 8-12 million legal immigrants living in states like New York, California, Florida, Illinois, Virginia and Arizona. In some states, the number of legal permanent residents eligible for citizenship far exceeds the margin of victory for candidates in the last election. About half the green-card holders are Hispanic, followed by Asians. In 2012, almost 70 percent of Hispanics voted Democratic. Among Asians, nearly 60 percent did so.

"To have more people become citizens is good for our democracy and at the end of the day, whether a candidate is a Republican or a Democrat, they just have to make the best case possible to get that voter," Noorani said. "If Republican candidates, whether it's for president, Senate, House or city council, want Asian, Latino voters to come to them, they have to compete for them."

Indeed, George W. Bush won 44 percent of the Hispanic vote in 2004. But Republicans fear a repeat of 1996, when the Clinton administration tried to create a million new voters by Election Day, three times the normal amount. In the process, officials pushed the Immigration and Naturalization Agency beyond its capacity, illegally hiring some 900 volunteers without background checks, a violation of federal employment law.

An inspector general's report found numerous memos showing the White House urged the INS to "approve, approve, approve" for political reasons, disregarding policies and protocols designed to keep out immigrants who did not qualify for citizenship.