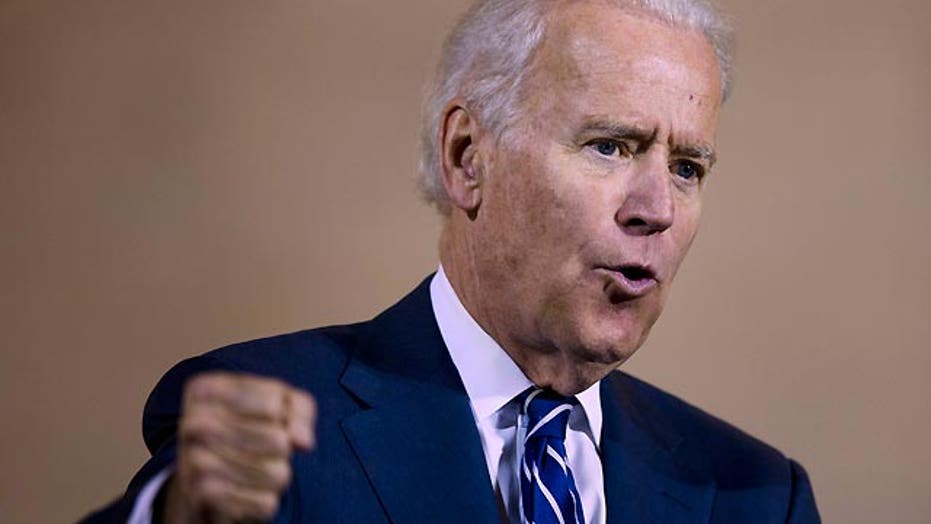 Fellow Democrats generally look the other way at Vice President Biden's gaffes. But insulting New York's LaGuardia Airport? That was a snub too far for the city's new mayor.

Mayor Bill de Blasio said Friday that the veep's comments -- describing the airport as "third-world" -- were not Biden's "finest moment."

The Democratic mayor said that while the airport certainly needs an upgrade, the vice president's remarks were "inappropriate."

He was responding to a speech Biden made Thursday in Philadelphia. Trying to make a point about America's ailing infrastructure, Biden compared modern airports like the one in Hong Kong with New York's oft-maligned LaGuardia.

"If I took you and blindfolded you and took you to LaGuardia Airport in New York, you must think, 'I must be in some third-world country,'" Biden said. "I'm not joking.'"

De Blasio conceded on Friday that the airport needs work but praised the hard work of the people employed there. It's managed by the bistate agency known as the Port Authority.

The mayor said he respects Biden -- but is also a proud New Yorker. He said Biden's approach was "not the right way to talk about it."

The Port Authority also spoke up, noting big-dollar plans to renovate that airport and others.

"Significant investment in transportation infrastructure is the key to growing our economy and creating jobs, which is why the Port Authority this week proposed a 10-year $27 billion capital plan that creates more than 126,000 jobs and invests $8 billion in modernizing the region's airports," a statement from the Port Authority said. "We are fast-tracking efforts that have lagged for more than a decade and investing $3.6 billion through an innovative public-private partnership to build a new Central Terminal Building at LaGuardia Airport that will provide passengers with a world-class terminal."