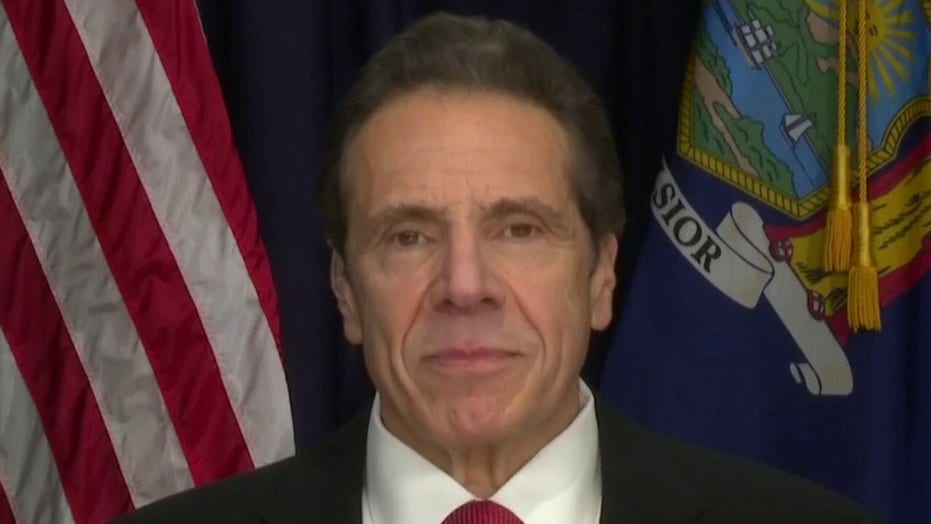 Exclusive: NY Gov. Cuomo speaks out after declaring state of emergency over coronavirus

New York Gov. Andrew Cuomo is trying to keep people from panicking over coronavirus, even as he has declared an emergency in his state.

New York has seen 89 confirmed cases of the virus, out of more than 400 nationwide.

“It sounds more alarming than it is,” he said, calling the emergency declaration “an administrative action” meant to allow the state to “move a little faster governmentally” to address the issue.

“I don’t want people to stay calm and therefore I’m telling them what I need to tell them to keep them calm,” he insisted. “If they know the facts, they will be calm.”

At the same time, Cuomo acknowledged that numbers of confirmed cases will almost certainly go up as testing increases.

Yes, we’re testing aggressively, yes you’ll see the number of people who test positive going up. Yes, a large number of people will be infected, is my guess by the end of the day. But remember what we’re really trying to do here is avoid the massive disruption of closing everything down for two weeks the way China did, the way Italy is doing, and we’re trying to protect the vulnerable populations for whom this coronavirus could really be dangerous: senior citizens, immune-compromised.”

Cuomo also downplayed the seriousness of the virus itself, noting that it is like “a bad flu,” and not serious unless one is part of these vulnerable populations.

When asked whether mass transit is at risk of closure as part of the state’s response, Cuomo said there is no current plan to do so, but appeared to leave the option open should a need arise.

“What we do here is we calibrate to the facts as we know them at the time, so as the facts change you change your strategy,” he said. “But at this time there’s no reason to close down mass transit.”

Cuomo noted that New York City has only seen 11 confirmed cases so far, with far more in suburban Westchester County -- immediately north of the Bronx – where there has been a “cluster.” While one individual from Westchester was known to have taken mass transit into New York City, Cuomo claimed that by now city residents should be in the clear since symptoms would have set in already if people were infected by that individual on the train.

“Worse then the virus right now… is the fear, pandemic,” Cuomo said. “The fear is more dangerous than the virus.”