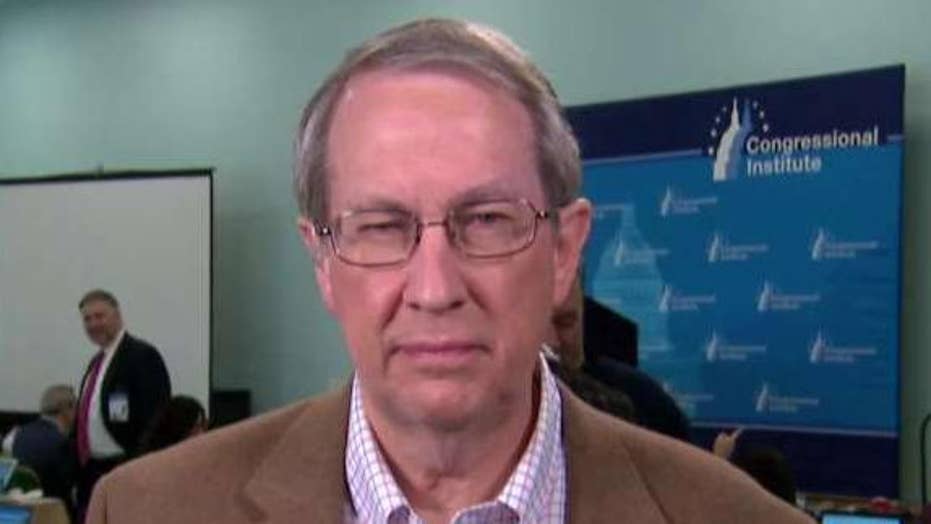 Chairman of the Judiciary Committee says FISA memo will be 'embarrassing to several people near the top of the FBI.'

“I believe the document has been very carefully worked, based on pages of source documents,” he said.

After Nunes' committee sent the memo to President Trump, who is expected to approve its public release, top committee Democratic Rep. Adam Schiff claimed Nunes, R-Calif., made “material changes” to the document -- purportedly related to how the Justice Department obtained a court-approved surveillance warrant in the Russia investigation.

But Goodlatte said he’s read the documents and argued that the memo should be released to end speculation about its contents and debate over the committee's decision to make it public.

“I want the memo to come out,” he said. “That’s the most important thing. It’s not good to speculate.”

Goodlatte said his understanding is that the changes were made only to protect “sources” and “methods,” echoing what other sources have told Fox News.

The FBI has fought the release, though, issuing a statement Wednesday saying they had “grave concerns about material omissions of fact that fundamentally impact the memo’s accuracy.”

The Russia investigation was taken over last year by Special Counsel Robert Mueller. Trump allies have claimed they've found no evidence of collusion with Russia during the 2016 race.

“One small part in the memo” was changed, and the change “in no way affects the substance of the memo,” he told CNN.