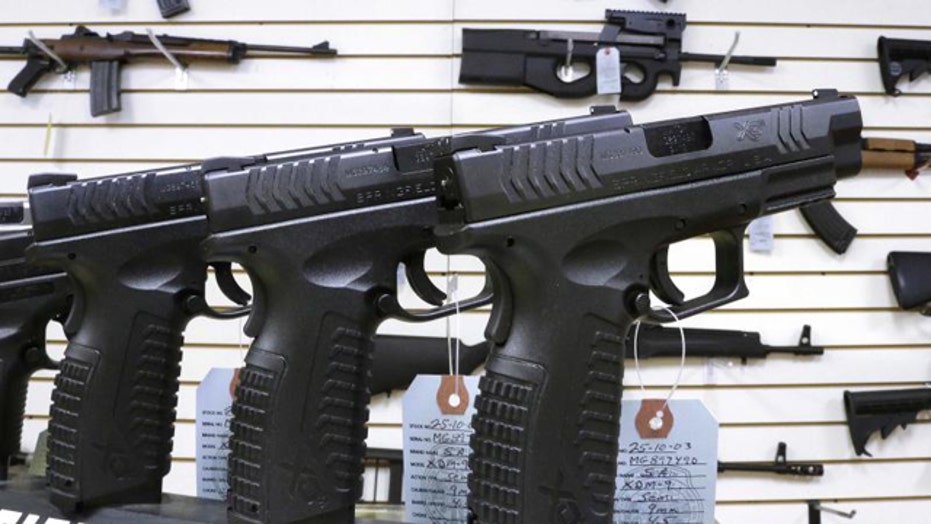 When it comes to campaign spending on the right to bear arms, the National Rifle Association is almost never outgunned. But in Washington state, where voters soon will decide on one of the most restrictive background check laws in the country, the NRA is up against some of the deepest pockets in the world.

And the NRA is getting outspent more than 7-1.

“This is a terrible ballot initiative that was dreamed up by people who don’t even live in Washington,” NRA spokeswoman Catherine Mortensen said, “and it’s being financed by Michael Bloomberg of New York and his billionaire pals.”

Bloomberg is one of several wealthy backers of what's known as Initiative 594, which would require background checks before all gun sales and most transfers.

According to the Public Disclosure Commission, Seattle venture capitalist Nick Hanauer has given the most to Initiative 594 -- $1.5 million, as of the last reporting period. According to records, Bloomberg, ex-New York mayor and co-founder of Mayors Against Illegal Guns, has donated $1 million; Bill and Melinda Gates have given $1 million; former Microsoft CEO and current owner of the Los Angeles Clippers Steve Ballmer has given $825,000; and Microsoft co-founder Paul Allen has donated $500,000.

Supporters say the initiative is a common-sense way to keep firearms from getting into the wrong hands, and they’re grateful for the high-profile donors.

“These are community leaders that people respect,” said Zach Silk, spokesman for Yes on I-594. “Paul Allen owns the Seahawks, the Gates are associated with the Gates Foundation, of course Microsoft, people really respect them and we believe help inspire people to stand with us.”

With 5 million members and annual revenue topping $200 million, the NRA is hardly broke. But so far this election cycle, the group is keeping its powder dry. On all races and ballot issues, it has spent less than $3 million nationwide. And it has pumped a mere $191,000 into fighting I-594. According to OpenSecrets.org, during the 2012 election cycle, the political action arm of the group spent over $16 million.

But some political observers think it’s too early to count out the NRA.

“The NRA never backs down from a money challenge, so I think that if they have money they’re going to put that money in,” said University of Washington political scientist Matt Barreto. “They don’t care if it’s Bloomberg and Gates on the other side. But they could be looking at the political calculations, the public opinion data, the public mood.”

Almost conceding defeat on the Bloomberg-backed initiative, the Second Amendment Foundation, based in Bellevue, Wash., is backing a competing ballot initiative that would prevent any background checks which are stricter than federal law.

The latest polling shows both measures with majority support, although I-594 has a much larger lead of 70 percent to 22 percent. The competing initiative, I-591, was ahead 46-42 percent. If both were to pass, the courts or the legislature would have to sort out the differences. If the gun control groups win in Washington state, they’re promising to take the fight to several other western states next.