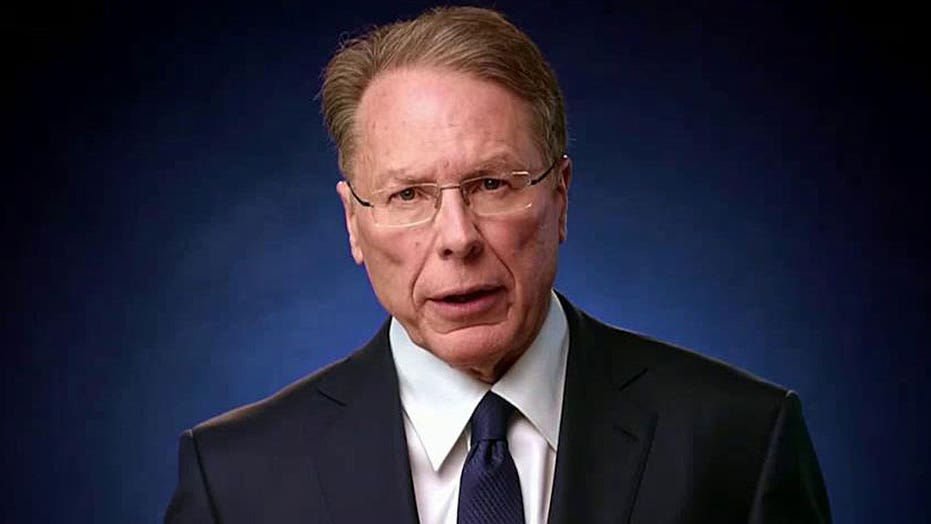 The head of the National Rifle Association blasted President Obama Wednesday over his gun control actions in an 8-minute video, saying the president has “laid waste to the America we remember” and challenging the commander-in-chief to a one-on-one debate on the Second Amendment.

“When it comes to the runaway power of the executive branch over Congress, the courts, the people and the rule of law, the president has laid waste to the America we remember,” NRA president Wayne LaPierre said in the fiery address, delivered with a background of ominous music, before addressing Obama directly.

“Americans will judge for themselves who they believe and trust on this issue – you or the NRA. Let’s see if you’re game for a fair debate,” LaPierre said. “It’s your chance to show the American people you’re not afraid to meet the NRA on neutral ground.”

LaPierre’s response came a week after Obama announced new gun control measures to expand the number of guns subject to background checks and said in a televised town hall meeting last Thursday that gun sales had gone up under his presidency in part because of the NRA.

"Part of the reason is that the NRA has convinced many of its members that somebody is going to come get your guns," Obama said at the town hall.

However LaPierre said the vagueness of the regulations puts law-abiding Americans at risk.

"In the fog of vague rules and mysterious definitions, honest Americans are made vulnerable – forced into a maze of government bureaucracy and the hiring of lawyers to face the threat of consequences," LaPierre said.

“If the President really wanted to make Americans safer, he’d pick up the phone and tell his Justice Department to flip Chicago upside down until every criminal with a gun, criminal gangbanger with a gun, and drug dealer with a gun is arrested, prosecuted and imprisoned to the fullest extent of the law,” LaPierre said.

He also urged NRA supporters to push back against Obama’s new actions, and pledged that the NRA would fight his actions aggressively.

“Make no mistake: with an opportunity for the president to score political points and claim a cheap victory, this executive action is a bright red line that law-abiding gun owners should cross at their own peril,” LaPierre said.

“Let me be clear: the NRA will fight this illegal overreach more aggressively than we have ever challenged anything,” he said.