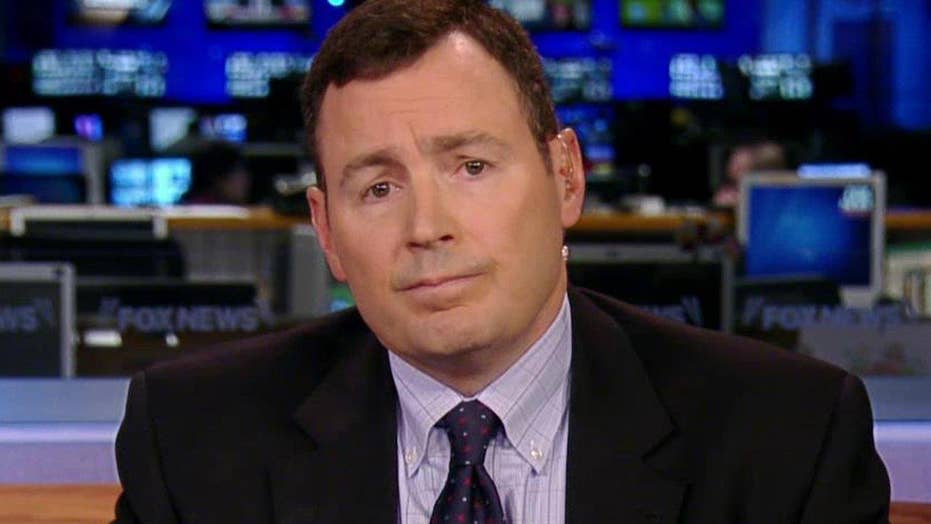 Eric Shawn reports: What about the fugitives?

A top New Jersey lawman is reminding potential tourists to Cuba that the communist dictatorship is a longtime haven for fugitive U.S. cop killers and terrorists just as President Obama begins his historic visit to the island nation.

Col. Rick Fuentes, superintendent of the New Jersey State Police, posted a video message to Facebook on Thursday in which he warned the public of four domestic terrorists Cuba is harboring. Fuentes said the four are responsible for the deaths of 17 police officers, five American civilians and two U.S. servicemen and 159 bombings.

"As a matter of public safety, I believe that all those considering travel to Cuba need to be aware that four dangerous fugitive terrorists are living free and protected on the island," Fuentes said.

The video is the latest effort by Fuentes to push for the return of Joanne Chesimard, who was convicted in the killing of New Jersey State Trooper Werner Foerster in 1973 but later escaped and fled to Cuba. Chesimard, 68, who also wounded another officer in the attack, escaped from prison in 1979 and has been living in Cuba since the mid-1980s. She is the state's most-wanted fugitive. There's a $2 million bounty for information leading to her capture.

"As a matter of public safety, I believe that all those considering travel to Cuba need to be aware that four dangerous fugitive terrorists are living free and protected on the island."

Hill, 66, is wanted by U.S. authorities for his role in the murder of a New Mexico state trooper and the hijacking of a TWA plane. He was a member of a militant group who has been residing in Cuba since the early 1970s.

Morales, 66, was convicted of multiple federal charges for his role as a bomb maker in the 1970s. Morales, whose bombs caused multiple deaths and injuries, escaped from prison in 1979 and fled to Cuba where he's been living since the late 1980s.

Gerena, 57, is wanted for his part in an armed robbery that resulted in a $7 million heist that he carried out as a member of the anti-U.S. revolutionary organization known as Los Macheteros. Gerena has been hiding out in Cuba since the 1980s.

A $100,000 reward is being offered for Morales and a $1 million reward for Gerena, according to the New Jersey State Police.

In addition to his Facebook message, Fuentes penned an editorial in the Miami Herald Wednesday in which he charged that, "U.S. government negotiators speaking on behalf of the Obama administration seem to lack both the will and intent to press the Castro brothers for their return to the United States to answer for their crimes."

"Tourists to Cuba, please be careful," wrote Fuentes. "You are not dignitaries with security teams or part of a pampered and propagandized political delegation fattened and flattered by the type of cuisine and accommodations most Cubans can only dream about."

"I’m not saying that the jittery Cuban military and police aren’t interested in your movements on the island, but you will have no visible escorts or other functional layers of protection," he wrote. "You also should know that some of America’s most-wanted terrorists are living openly in Cuba. They roam the island freely and are still dangerous revolutionaries, disenchanted about all things American."

While Fuentes named four convicted domestic terrorists, there are hundreds more hiding out in Cuba, according to the Sun Sentinel newspaper. There is no record of how many fugitives are wanted in Cuba on serious federal charges. Some criminal defense lawyers representing Cuban offenders say thousands of fugitives may have returned there, according to the newspaper.

"But most of these folks that have gone back, they're not
federal cases. The vast majority are just state charges that are tracked county by county," Suarez told the paper. "...There's got to be thousands of them."

In an ongoing effort to normalize relations between the U.S. and Cuba, Obama will travel to the island nation on March 21. But the visit has been fiercely criticized by several lawmakers, including Sen. Robert Menendez and U.S. Rep. Albio Sires, the two Cuban-Americans in New Jersey's congressional delegation who are firmly against Obama's talks with brothers Raul and Fidel Castro.

The two lawmakers, as well as New Jersey Gov. Chris Christie, say Chesimard's return to the U.S. should be part of the discussions to resume travel and trade with Cuba.

Fuentes wrote that his connection to Foerster’s murder by Chesimard and several accomplices "runs the breadth of my career."

"From the time of her escape from a New Jersey prison on Nov. 2, 1979, to my deeper investigative involvement in her flight from justice while assigned to the FBI’s Joint Terrorism Task Force in the mid-’80s, and into my current role as colonel and superintendent, the New Jersey State Police, and I have never lost the determination to see her returned to prison," he said.