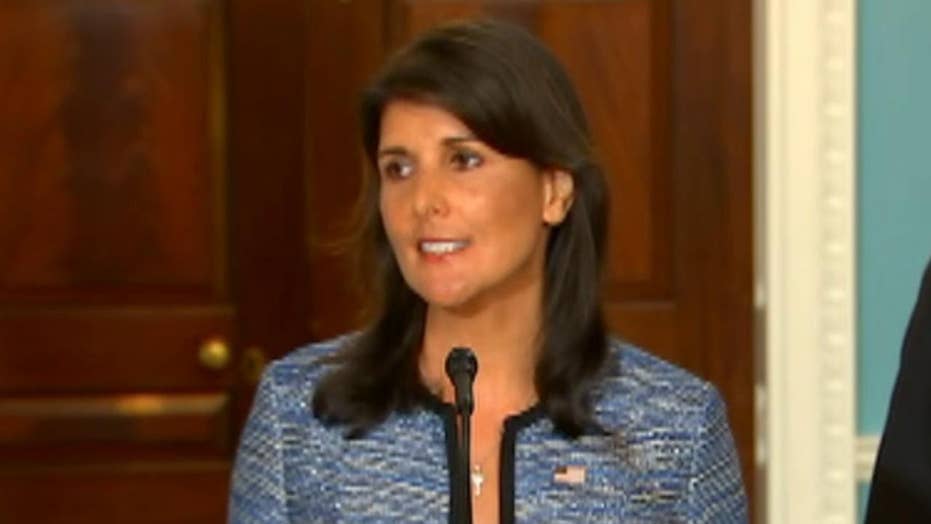 EXCLUSIVE: A United Nations report criticizing the U.S. government on poverty in America is “misleading and politically motivated,” according to U.S. Ambassador to the U.N. Nikki Haley.

“It is patently ridiculous for the United Nations to examine poverty in America,” Haley wrote in letters to Sens. Bernie Sanders, I-Vt., and Elizabeth Warren, D-Mass. “There is no question that poverty in America remains a serious concern, but it does no one any good to inaccurately describe its prevalence or its causes.”

Sanders and Warren were among 20 congressional Democrats who wrote Haley last week criticizing the Trump administration for the findings.

“Instead of realizing its founders’ admirable commitments, today’s United States has proved itself to be exceptional in far more problematic ways that are shockingly at odds with its immense wealth and its founding commitment to human rights,” according to Alston’s report. “As a result, contrasts between private wealth and public squalor abound.”

“It is our sincerest hope that you will relay the findings of this UN report to President Trump and that this Administration will take action to reduce poverty and uphold our international human rights treaty obligations,” the congressional Democrats wrote.

In their letter to Haley, they also asked the administration to recognize health care as a human right, address inadequate access to banking services and improve internet and transportation access, especially in rural communities.

However, the U.N. report was based in part on Census Bureau data from 2016, before the Trump administration.

UN POVERTY REPORT BLASTING TRUMP, US FOR 'HATRED FOR THE POOR' USES DATA FROM LAST YEAR OF OBAMA PRESIDENCY

Haley also stressed that the current administration is tackling the issue by focusing on jobs.

“Poverty is an issue the Trump Administration takes very seriously,” Haley responded. However, she said, “While there are many dimensions to poverty, the Administration’s overarching view is that the best way to help people get out of poverty is to help them get a job. There is dignity in work, and being able to provide for one’s self and family is empowering, both economically and spiritually.”

Haley also noted Alston’s reports are not endorsed by the U.N. as a whole.