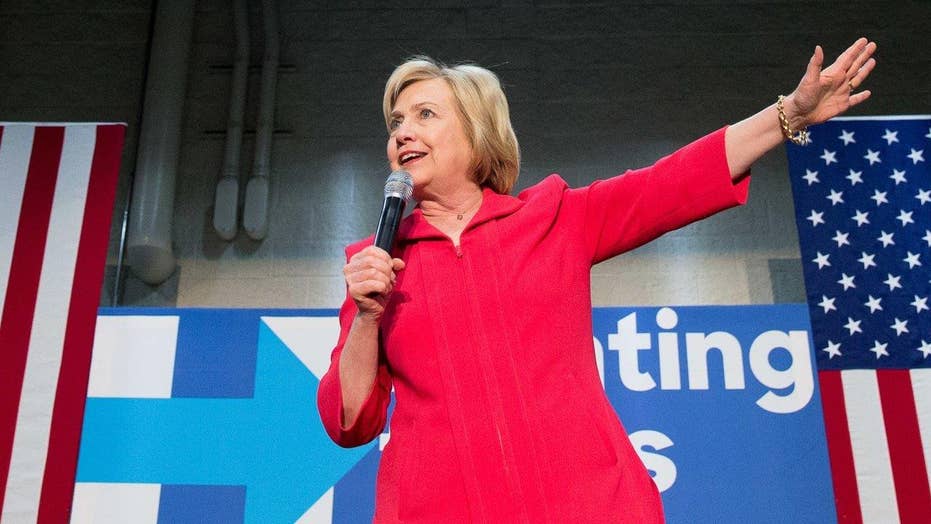 If Clinton keeps losing, why is she ahead in race?

Hillary Clinton is under fire in a new online viral video that purports to show her lying or changing her tune “for 13 minutes straight,” tapping into widespread voter sentiment that the Democratic frontrunner is untrustworthy.

The video, which has picked up nearly 7 million hits on YouTube, is a long highlight reel of Clinton contradicting herself or saying things that turned out not to be true on issues from gay marriage and Wall Street to the North American Free Trade Agreement (NAFTA) and her private email server.

On gay marriage, the video shows her backing a traditional view of marriage in 2004 and 2010, before changing to support gay marriage in 2013 and then accusing an NPR radio host in 2014 of “playing with my words” when the host accuses her of changing her tune.

“I get accused of being kind of a moderate, center…I plead guilty” she says in one clip. Other clips show her affirming that she is a progressive.

The video spans 20 years of Clinton clips and includes some well-known controversies from previous campaigns. One of those is the 2008 controversy over her repeated claim that she had landed under sniper fire when landing at a Bosnian airport as first lady in 1996.

Clinton used the story to present her broad foreign policy experience, in contrast to then-Senator Obama’s. However, videos of the trip were unearthed showing her casually greeting military officials and taking pictures with children on the runway. Clinton later backtracked on the claims, saying she “misspoke.”