Tony Podesta, the older brother of Hillary Clinton campaign chairman John Podesta and co-founder of the onetime lobbying powerhouse the Podesta Group, was thrust back into the political spotlight after President Donald Trump pointedly questioned why he had not been "charged and arrested."

Trump focused on Podesta in one of a series of tweets Sunday attacking Special Counsel Robert Mueller's investigation into alleged collusion between the Trump campaign and Russian officials.

In October, reports emerged that Mueller was investigating the Podesta Group over its lobbying work on behalf of a nonprofit group called the European Centre for a Modern Ukraine (ECMU). According to the special counsel's indictment of former Trump campaign manager Paul Manafort and associate Rick Gates, the Brussels-based ECMU functioned as a "mouthpiece" for Viktor Yanukovych, Ukraine's pro-Russian president between 2010 and 2014.

The indictment alleged that the Podesta Group was not paid directly by the ECMU, but rather through offshore bank accounts controlled by Manafort and Gates. It also claimed that Gates gave the Podesta Group false talking points in order to cover his and Manafort's tracks about their work for Yanukovych and ECMU. 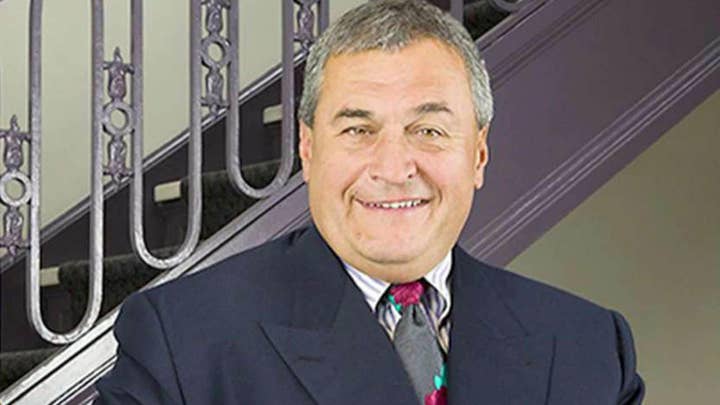 Manafort is facing charges of acting as an unregistered foreign agent and false statements related to his political work in Ukraine and loans he took out to purchase U.S. properties. Gates has pleaded guilty to federal conspiracy charges and making false statements and is cooperating with Mueller's investigation.

According to the Center for Responsive Politics, the ECMU paid the Podesta Group $1.02 million over 2012 and 2013 for its work.

Tony Podesta's name is not mentioned in the indictments of Manafort and Gates and it is not clear what, if anything, he knew about their work for the ECMU and Yanukovych. However, former Podesta Group staffers told ABC News they were skeptical about their prospective client.

"There was a lot of suspicion that it was a front for bad stuff," one ex-staffer said. Another said workers were concerned Podesta was bringing in "clients you wouldn’t want to touch with a 100-foot pole."

The Wall Street Journal reported last month that Podesta was doing $5 million in overseas business by 2015, double what it had been four years earlier. According to the paper, some of those clients included the governments of Saudi Arabia, Iraq, and South Sudan. 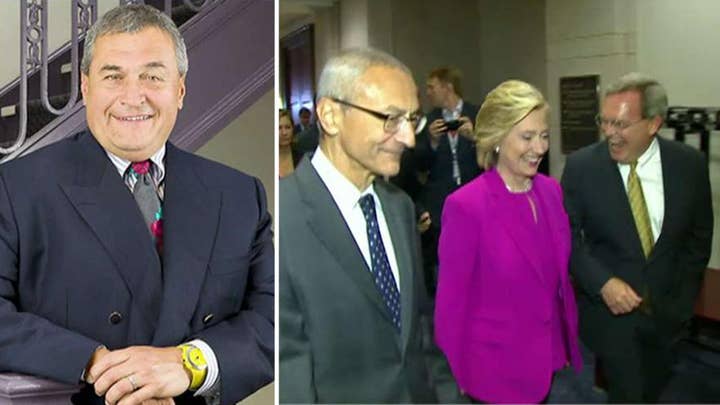 That time frame coincided with Podesta's divorce from his second wife, Heather. The Journal reported he gave up "nearly $5 million in retirement savings" and agreed to pay his ex-wife $200,000 quarterly over five years.

The same day that Manafort and Gates' indictment went public, Oct. 30, Tony Podesta announced that he would step away from the firm. According to the Center for Responsive Politics, the Podesta Group's lobbying income had plummeted from a high of $29.3 million in 2010 at the height of the Obama presidency. In 2017, the firm took in $18.4 million, its lowest income since 2008, as clients who hired Podesta in anticipation of a Hillary Clinton presidency melted away.

As the Journal reported, the firm's longtime bank had cut ties in the summer of 2016 over its involvement with an American subsidiary of a sanctioned Russian bank. The same week as the Manafort and Gates indictment, the Podesta Group missed a deadline set by its new banker to pony up $655,000 and its line of credit was cut. During that week, Podesta reportedly shot down an idea to use his art collection -- valued in the millions of dollars -- as collateral for a loan.

The Podesta Group ceased operations in November of last year. Most of its employees joined a new firm, Cogent Strategies, headed up by Podesta's last CEO, Kimberley Fritts.

ABC News reported Sunday that six former employees were interviewed by federal investigators in connection with the Mueller investigation. The Journal reported at the time of those interviews that Podesta offered to have the firm pay their legal fees. Three former associates told ABC Newa they had not been reimbursed.