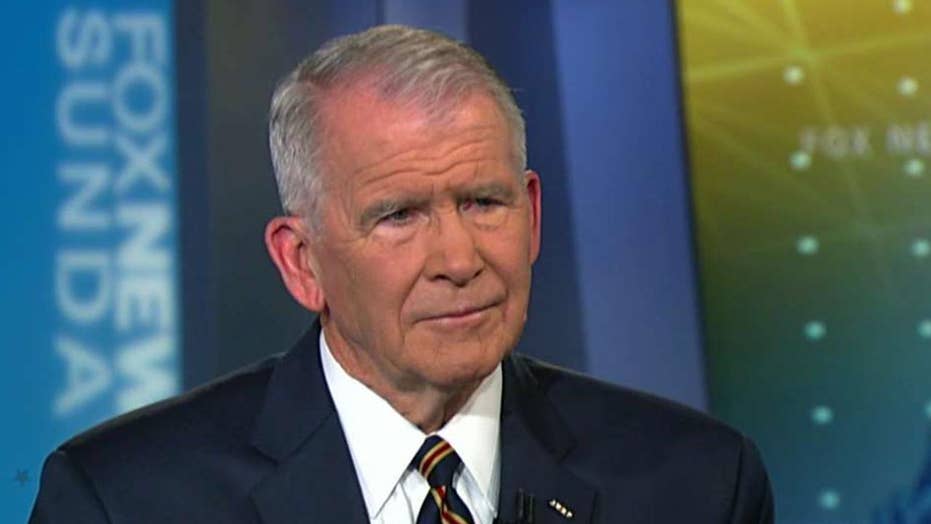 New NRA President Oliver North said Sunday, in the aftermath of the deadly Texas school shooting, that students “shouldn’t be afraid” to attend class but made clear that his gun-rights advocacy group still doesn’t think the solution is limiting Second Amendment rights.

“I believe that we can make sure kids are protected without taking away the rights of law-abiding citizens,” North, a former Marine Corps lieutenant colonel, told “Fox News Sunday.”

North called for metal detectors in schools and pushed the National Rifle Association’s “school shield” agenda, which he said offers school’s a free security assessment that includes looking at how people enter and exit buildings.

He spoke two days after a 17-year-old opened fire at a Houston-area high school, killing 10 people and injuring 13. It was the 16th school shooting this year and the deadliest one since the massacre in Parkland, Fla., in February that gave rise to a campaign by teens for gun control. Seventeen people were killed in the Florida massacre.

The suspected shooter in last week’s attack is in custody on murder charges. He reportedly used his father’s rifle and pistol in the attack. The suspect is being identified as Dimitrios Pagourtzis, who appeared to have no prior arrests or confrontations with law enforcement. Pagourtzis also had explosive devices that were found in the school and nearby, said Texas Gov. Greg Abbott.

North on Sunday also suggested that much or at least part of the problem with school shootings is young people, mostly males, being exposed to a culture of violence and being on Ritalin, a medication prescribed largely to help with attention deficit disorder, or ADD.

“We are trying like the dickens to treat the symptoms, not the disease,” he said. “The disease isn’t the Second Amendment.”