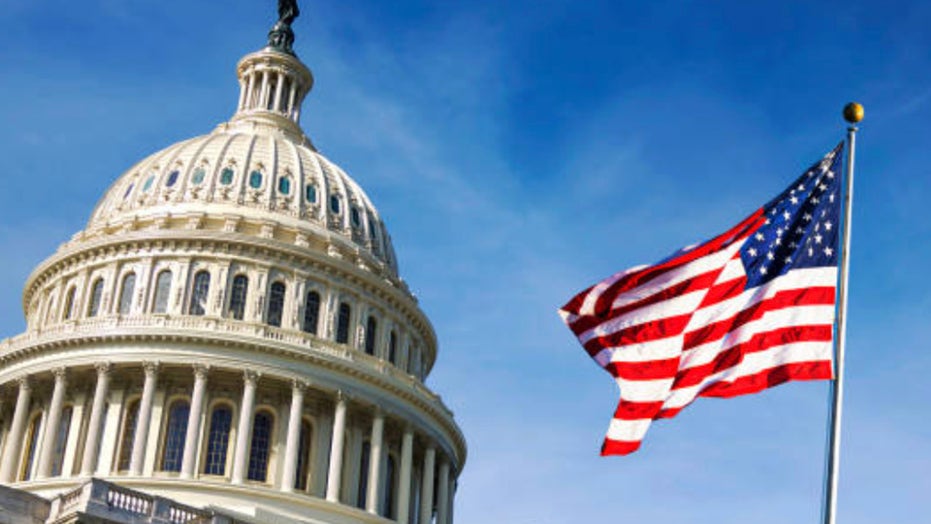 US politicians that have tested positive for coronavirus

Despite multiple members of Congress calling for their respective chambers to implement remote voting procedures as both senators and House members have fallen ill due to the coronavirus, a report by the House Rules Committee obtained by Fox News indicates such an option may be far off.

The report cites the Iowa caucuses fiasco caused by an app as well as a 2007 controversy caused by a combination of human error and a malfunction in the House's electronic voting system that "spurred the creation of an investigative committee" as just some of the reasons not to rush to create a system for members to vote remotely.

"A rule change of this magnitude would also be one of the biggest rule changes in the last century, in one of the most critical institutions in our country," the report says. "This change cannot be implemented overnight, and likely cannot be accomplished in time to address the current crisis. Without complete consensus, which we do not currently have, it would also require us to come back to Washington to vote to change House rules to allow for remote voting."

The report also mentions the potential of constitutional challenges to legislation passed by remote vote in the House; the risk that foreign enemies might attempt to attack that system to paralyze the House of Representatives in a crisis; the chance a member may have an issue connecting to the system and more as arguments against trying to immediately set up remote voting for House members during the coronavirus pandemic.

Members of both the House of Representatives and the Senate have fallen sick due to coronavirus, which causes a disease known officially as COVID-19. Rep. Ben McAdams, D-Utah, was even admitted to a hospital due to "severe shortness of breath" caused by the flu-like sickness.

Fears about spreading the coronavirus among members and congressional staffs, as well as families of members and staffs, led Sen. Dick Durbin, D-Ill., and Sen. Rob Portman, R-Ohio, as well as Rep. Steny Hoyer, D-Md., to push for voting rules changes in their respective chambers last week.

Portman and Durbin introduced a resolution in the Senate asking for a rule change to permit remote voting in a crisis that could prevent members of Congress from being physically present in the Capitol. Hoyer sent a letter to his Democratic colleagues in the House saying that he expected to "adjust our voting procedures" to follow expert recommendations for social distancing and limiting the size of gatherings.

"Why is it required that we be physically present on the floor closer to one another than perhaps we should be at this moment of a public health crisis?" Durbin asked in floor remarks.

"In times of a national emergency, the Senate must be able to convene and act expeditiously even if we can’t be together in person," Portman said in a statement. "While I know there is resistance to changing a Senate tradition to allow for remote voting during national emergencies, I believe this is an important issue and worthy of robust discussion among our Senate colleagues."

Senate Majority Leader Mitch McConnell, R-Ky., an old-fashioned Senate parliamentarian, panned the idea of remote voting last Tuesday, saying he would work to keep senators from spreading the coronavirus among each other "without fundamentally changing Senate rules."

One of the ways he suggested to do so was to keep votes open for a longer period of time to limit the number of senators in the chamber at any one time while still allowing everyone to vote on legislation. That was one of the top recommendations in the House report.

The Rules committee report also says advancing legislation by unanimous consent and voice votes is "[b]y far the best option to use the existing House rules and current practices."

As long as no members object or bring a point of order challenging whether or not there is a quorum, the House could advance major bills on which there is bipartisan consensus with very few members in the chamber. There is also currently a House rule that allows the body to set a provisional quorum, allowing the body to reduce the number of members who must be present as long as the House spends 96 hours trying to get enough members to the floor.

It has not been previously used, however, so a vote taken consistent with that rule, which was put into place as a response to the Sept. 11, 2001, terrorist attacks, could be subject to a constitutional challenge.

Paired voting, proxy voting and enhanced unanimous consent — a potential change in House rules which could allow measures to pass by unanimous consent as long as fewer than a specific number of members object — are also possible rules changes mentioned by the report.