Author Garrett Graff says 'The Only Plane in the Sky' lets readers experience the fear, confusion and sadness so many felt firsthand on September 11, 2001.

“They made the decision we didn’t have to make.”

Those are the words of Lt. Col. Marc Sasseville, as recalled 18 years later in a new account of the Sept. 11, 2001 attacks from the perspective of decision-makers in Washington, survivors, military service members and the families of those aboard United Flight 93, which was hijacked before passengers fought back and brought the plane down.

Sasseville – an F-16 Air Force pilot who, along with Lt. Heather “Lucky” Penney, was tasked with stopping Flight 93 by any means necessary from being weaponized like the jets at the World Trade Center and Pentagon that morning – lauded the brave passengers for doing exactly that, sacrificing themselves to foil the terrorists.

But the new book, "The Only Plane in the Sky: An Oral History of 9/11" by Garrett M. Graff, details the harrowing moments before it all ended.

Top Bush administration officials scrambled to respond. From a bunker, then-Vice President Dick Cheney planned for the possibility of bringing down Flight 93. As for Sasseville and Penney, they were looking at a suicide mission.

Because they had no missiles, any operation to take out Flight 93 would put their lives on the line too.

“We would be ramming the aircraft. We didn’t have [missiles] on board to shoot the airplane down,” Penney said. “As we were putting on our flight gear in the life support shop, Sass looked at me and said, ‘I’ll ram the cockpit.’ I made the decision I would take the tail off the aircraft.”

This would be a last resort if they could not otherwise divert the aircraft. At the time, Sasseville said, he “was going into this moral or ethical justification of the needs of the many versus the needs of the few.”

It was a suicide mission, but they were ready to do it if needed.

“I genuinely believed that was going to be the last time I took off,” Penney said. “If we did it right, this would be it.” 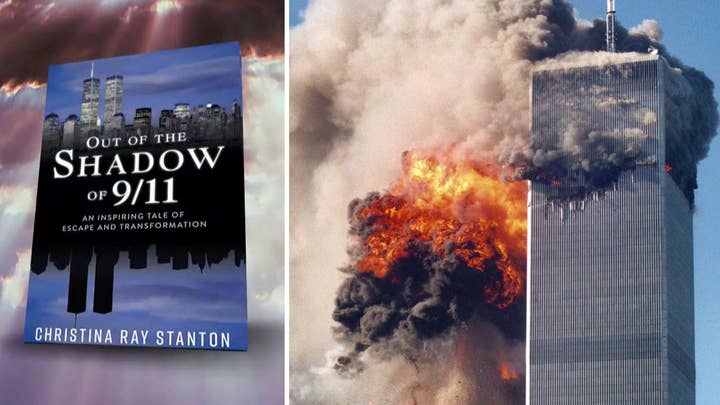 Excerpts of the book, now released, were first published by Politico.

The permission to carry out an operation that would normally be unheard of – taking down a commercial flight, killing passengers in the process – came from Cheney, who was planning a course of action from a bunker underneath the White House. The vice president discussed it with President George W. Bush, who agreed to the course of action.

Bush was aboard Air Force One because Washinton, D.C. was deemed too dangerous, and he was mostly cut off from the ground due to the lack of in-flight internet access in 2001. Senior adviser Karl Rove, who was with Bush at the time, witnessed the phone conversation between the president and vice president.

"He turned to us and said that he had just authorized the shoot-down of hijacked airliners," Rove recalled.

Cheney said the decision to bring down United Flight 93 “wasn’t a close call” after he watched the Twin Towers fall and the Pentagon had been hit.

“It had to be done. Once the plane became hijacked—even if it had a load of passengers on board who, obviously, weren’t part of any hijacking attempt—having seen what had happened in New York and the Pentagon, you really didn’t have any choice.” 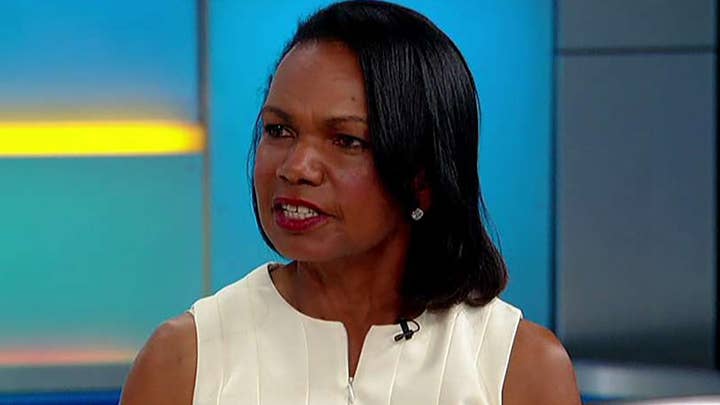 Before it got to that point, Cheney, then-National Security Adviser Condoleezza Rice and others began their day as usual. Everything changed after the second plane hit the World Trade Center. They understood that the first strike was no accident and that the U.S. was under attack.

Then radar found another plane heading toward Washington, and they were swiftly whisked out of the White House by the Secret Service to the hidden bunker.

“I remember being driven along, almost propelled along,” Rice recalled. “We had no idea where it was safe and where it wasn’t. We didn’t think the bunker of the White House was safe at that point.”

“A few moments later,” Cheney said, “I found myself in a fortified White House command post somewhere down below.” The bunker, which had been build as a Cold War bomb shelter, had never been needed before.

Transportation Secretary Norm Mineta used a monitor to track the locations of every plane in the country.

TRIAL OF ALLEGED 9/11 MASTERMIND, FOUR OTHERS SET FOR EARLY 2021

With Bush on Air Force One, Cheney found himself in charge of the situation on the ground. His background prepared him for the worst.

“As bad as the events of 9/11 were, some of us had practiced exercises for far more dangerous and difficult circumstances—an all-out Soviet nuclear attack on the United States,” he recalled. “That helped—that training kicked in that morning.”

When United 93 was tracked as heading toward Washington, D.C., he was prepared to give the order to bring it down.

It ended up being unnecessary, as the passengers took matters into their own hands. The men and women on that flight had learned about what had already happened at the World Trade Center and Pentagon, and were determined to fight back in order to prevent a similar attack.

Graff’s book, published by Avid Reader Press, includes accounts from phone operators and loved ones who spoke to passengers aboard the flight before they brought it crashing down into a Pennsylvania field, killing themselves and the hijackers.

“We’re waiting until we’re over a rural area. We’re going to take back the airplane,” passenger Tom Burnett said, according to his wife Deena, who spoke to him on the phone while he was in the air. She said she pleaded with him not to do anything to endanger himself, but he insisted, “If they’re going to crash this plane, we’re going to have to do something.”

“I could hear the commotion in the background. I heard the flight attendant screaming,” she said. Beamer’s wife was pregnant with their third child at the time, but when Jefferson offered to connect him to her, he declined so as not to upset her. Instead, Jefferson said, he gave her his home phone number and asked Jefferson to call his wife if something happened to him.

Jefferson then heard Beamer ask someone else, “Are you ready?” then saying, “OK. Let’s roll.”

Meanwhile, in New York City, Mayor Rudy Giuliani joined police and fire department officials who were responding to the attacks on the Twin Towers. Graff's book includes accounts from survivors who were at the World Trade Center that day, as well as first responders who scrambled to help in the midst of utter chaos.

"I was pretty confident that we were the most prepared place in the United States for any emergency---maybe in the world," he said. "This was beyond anything that anybody had imagined."

Bush was eventually taken to an Air Force base outside Omaha, Nebraska. By evening, the president was headed back to the White House. Congressional leaders, who had been taken to a remote location, returned to Washington. They were joined at the Capitol by approximately 200 members of the House and Senate. After speeches were delivered, they broke out into "God Bless America."

Those responding that day still credit the passengers on United 93 for their swift action, preventing the deadliest terror attack in history from being even worse.

"The real heroes are the passengers on Flight 93 who were willing to sacrifice themselves," Penney said.