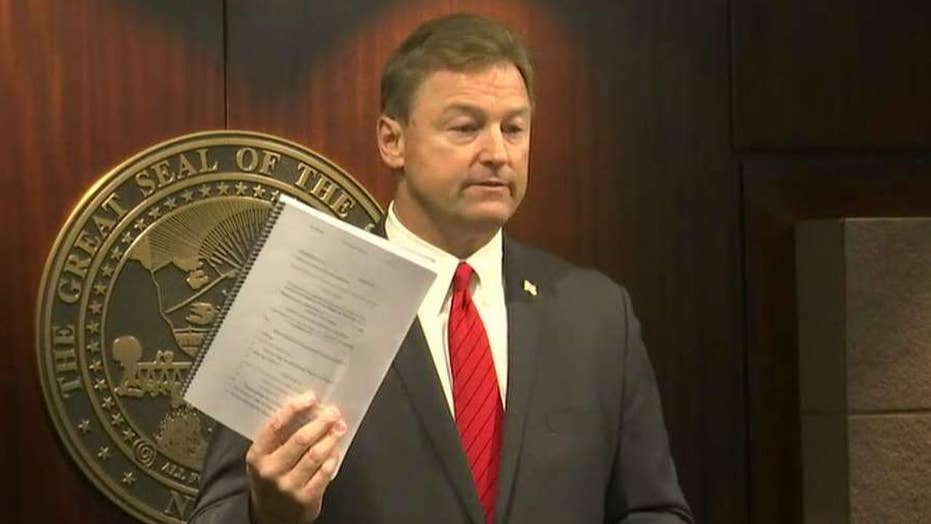 The Nevada lawmaker says Medicaid spending cuts are the reason he's a 'no' and he doesn't appear ready to negotiate; Peter Doocy explains on 'Special Report'

Democrats believe Heller is the most vulnerable Senate Republican up for re-election in 2018. Rosen's official campaign announcement called him an "enabler" of President Donald Trump.

Rosen and every other Democrat in Congress have opposed the GOP plan.

The quick show of support for Rosen sent a clear and public message as Democratic Rep. Dina Titus considers entering the race.

"It's a personal and political decision," Titus said in a statement Thursday. "The election is 16 months away and I am evaluating in what role I can continue to best serve the citizens of Nevada."

Titus, whose district includes the Las Vegas Strip, was first elected to Congress in 2008. Heller was elected to the House in 2006 and appointed to the Senate in 2011.

Rosen was a computer programmer and synagogue president until winning her House seat in 2016.

She embraced her role as political outsider in a statement and phone interview Thursday.

Around the time "Obamacare" was wending through Congress, Rosen was taking time off work to care for her ailing mother, father, mother-in-law and father-in-law who all at once were coping with broken bones, cancer and dementia.

"I might not have been in Congress but I lived it on the front lines with the people that I loved the most," Rosen said. She later added, "That's my experience with health care -- being a part of this community and a part of a family, and that tells me everything I need to know because health is personal and we need to protect it."

National Republican Senatorial Committee spokesman Michael McAdams said, "Nevadans looking for an independent voice will be disappointed to find Jacky Rosen is nothing more than a pawn for Harry Reid, Nancy Pelosi, and radical liberals."

Rosen plans to campaign in the Las Vegas area this weekend and tour the state during the August congressional recess.