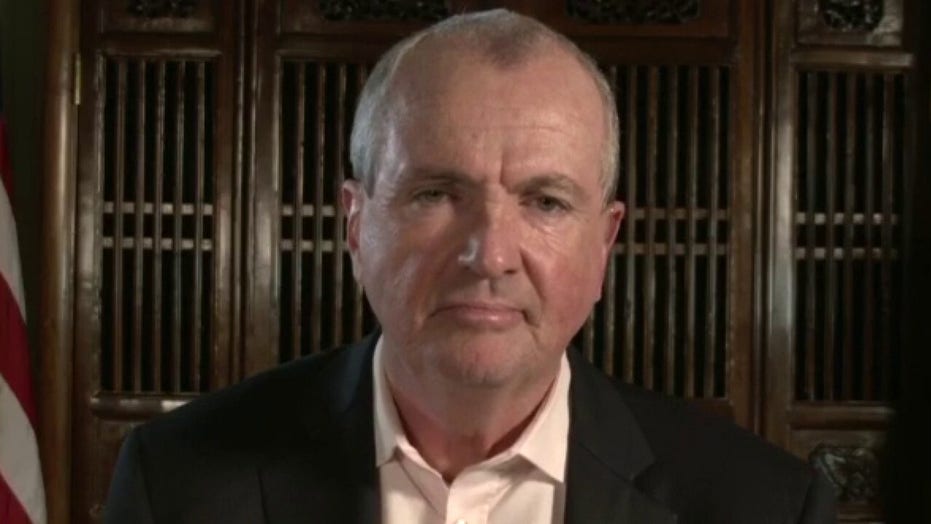 New Jersey Gov. Phil Murphy on Thursday opted not to answer questions posed by Republicans on the House Select Committee on the Coronavirus Crisis about his state's policy mandating nursing homes to accept coronavirus-positive patients, a move made by several states that experts say led to preventable deaths among the vulnerable population.

Murphy noted in a letter that, because Republicans are in the minority on the committee, he was not legally required to respond to their inquires, which were led by Republican Rep. Steve Scalise, R-La. The committee's Republicans also sent similar letters to New York Gov. Andrew Cuomo, Michigan Gov. Gretchen Whitmer, California Gov. Gavin Newsom and Pennsylvania Gov. Tom Wolf.

"I remind you that, as stated in a 2017 opinion from the Office of Legal Counsel in the United States Department of Justice, '[i]ndividual members of Congress, including ranking minority members, do not have the authority to conduct oversight in the absence of a specific delegation,'" Murphy said. "Further, a comprehensive response to your letter, which contains gross mischaracterizations as well as broad requests for privileged material, would necessarily require essential staff to divert their attention away from addressing the present public health emergency."

Scalise, in a statement, said that Democratic governors who issued policies contrary to mid-March guidance from the Trump administration cautioning against sending coronavirus patients to nursing homes "not prepared" to handle the disease need to be held accountable.

The Trump administration's policy before that guidance did not include such a warning -- something Cuomo cited in defending his actions. The March guidelines also said a nursing home "can accept a resident diagnosed with COVID-19 ... as long as the facility can follow CDC guidance" -- and required any newly admitted resident with a COVID-19 case to be placed in a designated COVID-19 care unit. The guidance said, "nursing homes should admit any individuals that they would normally admit to their facility, including individuals from hospitals where a case of COVID-19 was/is present."

But Murphy's state, and others like New York, kept sending coronavirus patients to nursing homes well past mid-March and were accused of going further than the guidelines prescribed.

"Rather than answer our questions, the Governor of New York has resorted to name-calling to try to change the subject, and the Governor of New Jersey has simply refused to cooperate," Scalise said in a statement. "Most outrageously, they’re doing this because House Democrats are letting them get away with it."

Cuomo, in a Thursday interview with New York’s WAMC-AM, said the criticism over his nursing home policy was "a shiny object" and "pure politics" meant to "distract." According to the New York Post, a Cuomo spokesman also called the GOP members "craven political hacks" earlier this week.

Scalise continued: "There is no excuse that will change the fact that the grieving families of those who died because of these orders still deserve answers. We will continue to call on our Democrat colleagues to join us in getting to the bottom of this and look for other ways to obtain the information that these governors are withholding."

Nursing homes have been some of the hardest-hit institutions in the country during the coronavirus pandemic, with large numbers of older people, who are most vulnerable to the virus, living in a confined space. Many have not had the resources to handle the increased number of sick patients, putting both staff and other residents at risk.

GOP Florida Gov. Ron DeSantis, whose state initially kept down its number of coronavirus cases but recently has seen a spike, credited some of his early success to his state's policy keeping coronavirus patients out of nursing homes.