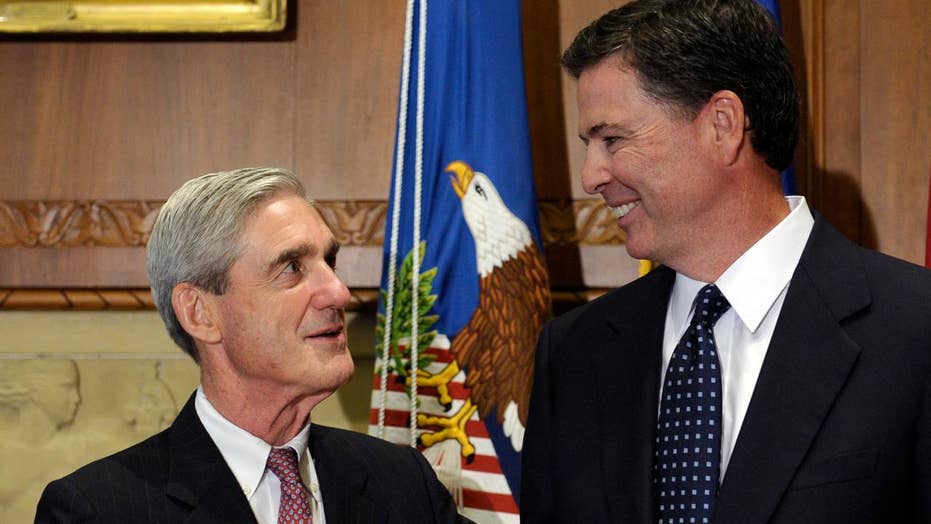 The former director's memos, documenting his conversations with the president about Russia, may take center stage before the Senate intel committee; Catherine Herridge goes in-depth for 'Special Report'

Special counsel Robert Mueller is said to be building out his investigative team with some of the country’s best legal minds, in a development that speaks to the seriousness of the Russia probe but also is raising red flags on the pro-Trump side.

“This is going to be a witch hunt,” Gingrich said on “Fox News Sunday.”

Not all Republicans feel that way, and Rep. Adam Kinzinger, R-Ill., told “Fox & Friends” on Monday that Mueller just “wants to get to the truth.”

But recent hires show Mueller is building a formidable team, poised to either root out wrongdoing or prove the Trump team’s claims that there’s no ‘there there.’

The National Law Journal first reported that Mueller has tapped on a part-time basis Deputy Solicitor General Michael Dreeben, regarded as one of the best government attorneys in the country.

Dreeben, who has been with the solicitor general’s office dating back to 1988, has argued over 100 Supreme Court cases, a rare achievement. Paul Rosenzweig, a former Homeland Security official and visiting fellow at The Heritage Foundation, attested to Dreeben’s skill in a post for Lawfare.

“I once saw him argue a Supreme Court matter without a single note,” Rosenzweig wrote. “In short, he is quite possibly the best criminal appellate lawyer in America (at least on the government's side).”

Mueller also reportedly has hired Andrew Weissmann, head of the fraud section in the DOJ Criminal Division. Weissman led the Enron Task Force from 2002-2005, overseeing the investigations and prosecutions of dozens of individuals including Kenneth Lay.

As Mueller builds up his team, Trump allies are moving to downplay the Russia controversy. They say fired FBI Director James Comey’s testimony last week affirms the president’s claims that he didn’t try to stop the Russia investigation as a whole. Republican National Committee Chairwoman Ronna McDaniel said on “Fox News Sunday” that the testimony showed there was no obstruction, though Comey made clear he was leaving that judgment to Mueller.

Whether the team build-up indicates an effort to pursue criminal charges remains to be seen. And for the record, a spokesman with the special counsel's office could not confirm the names of any of the lawyers working on Mueller's team when asked by Fox News.

Preet Bharara, the U.S. attorney fired by Trump along with dozens of other holdover prosecutors earlier this year, tweeted that Dreeben is “1 of the top legal & appellate minds at DOJ in modern times.”

However, Bharara said Dreeben’s “loyalty is to the Constitution alone” and Mueller is looking to find the truth, apply the law “and yield a just result. Charge or no charge.”

Gingrich has called for Mueller’s probe to be shut down, claiming it’s not truly independent.

On Monday, Kinzinger said he disagrees with that approach.

“That’s the wrong answer,” he said, calling Mueller a “good American that wants to get to the answers.” 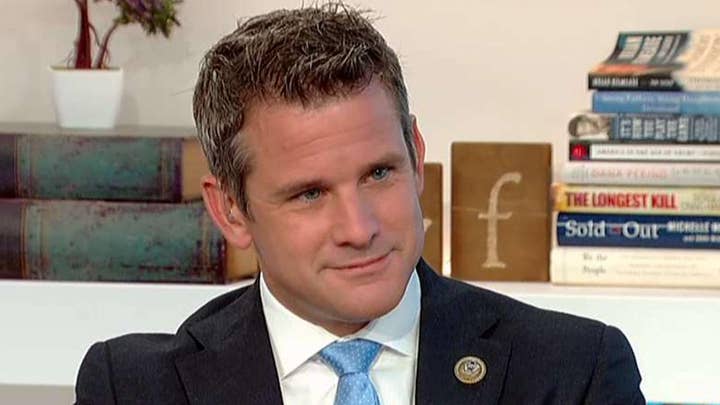 He did not say definitively whether the president would commit to not try to shutter the probe.

“The president is going to seek the advice of his counsel and inside the government as well as outside. And I'm not going to speculate on what he will or will not do,” he said. “… I can't imagine that that issue is going to arise. But that again is an issue that the president with his advisers would discuss if there was a basis.”