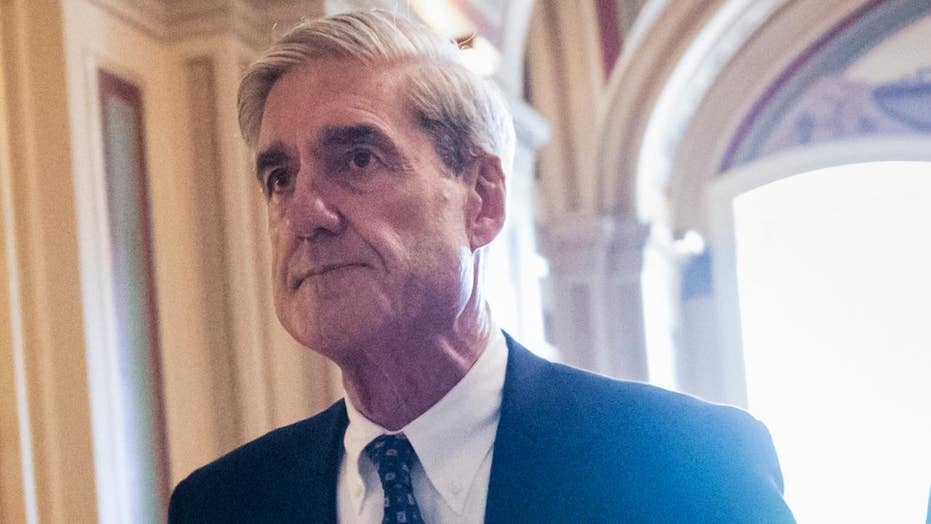 The morning after President Trump publicly warned Special Counsel Robert Mueller to stick to Russia and avoid probing his family finances outside that scope, a new report quoting a single, anonymous source has struck the White House like a bomb.

The report, by Bloomberg News, says Mueller’s investigation has indeed expanded to examine a range of business transactions by the president and his associates.

The transactions in question largely involve Russian interests, and it’s unclear from the report whether the investigation might eye non-Russian dealings – which Trump warned in an interview with The New York Times would be crossing a red line.

Asked whether an examination of his family finances unrelated to Russia would be a breach, Trump said, “I would say yes.”

But the Bloomberg report portrays an investigation that continues to expand and evolve, as the president openly voices frustration with its scope.

SESSIONS SAYS HE'LL STAY ON THE JOB AFTER TRUMP SLAM

According to the report, investigators are looking at Trump’s involvement with Russian associates on a development in the U.S.; the Russian purchase of apartments in his buildings; Trump’s sale of a Florida mansion to a Russian oligarch and even the 2013 Miss Universe pageant in Moscow. Bloomberg’s source reportedly said this aspect of the probe is rooted in an investigation launched by former U.S. Attorney Preet Bharara, among dozens of federal prosecutors canned by the Trump administration earlier this year.

In the Times interview, Trump complained about multiple aspects of the Russia controversy and case, including that Attorney General Jeff Sessions had recused himself from the investigation.

He turned his attention to Mueller as he griped that the special counsel was hiring lawyers who donated to his general election rival Hillary Clinton.

The president also called him out for having interviewed for the job to replace ex-FBI Director James Comey just before his appointment and warned he could start discussing the special counsel’s “conflicts” on the job.

Trump said after Mueller was named, he said to himself, “'What the hell is this all about?' Talk about conflicts. But he was interviewing for the job. There were many other conflicts that I haven't said, but I will at some point.''

The Times interview eventually delved into what Trump might do if Mueller went too far beyond the Russia lane in looking at his and his family’s financial transactions.

“I think that’s a violation,” Trump responded. “Look, this is about Russia.”

Trump would not say whether he’d consider seeking Mueller’s ouster in that scenario but defended his transactions.

“So I think if he wants to go, my finances are extremely good, my company is an unbelievably successful company,” he told the Times, according to the transcript. “I don’t do business with Russia.”

White House Deputy Press Secretary Sarah Huckabee Sanders was asked at Thursday’s press briefing whether Trump has plans to fire him, but said, “although he has the authority to do so, he doesn’t intend to do so.”