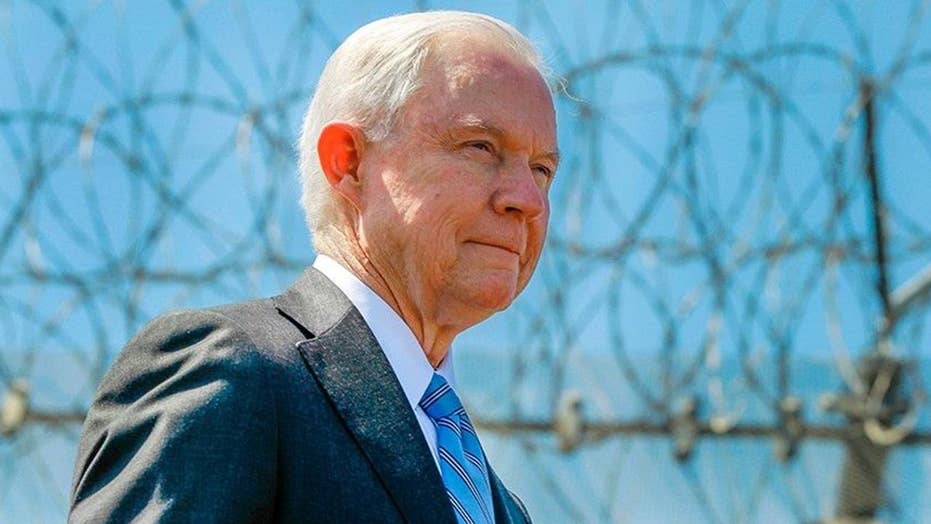 Federal judge threatens to hold Attorney General Sessions in contempt after halting the deportation of a mother and daughter who were sent home while appealing their removal.

A federal judge in Washington threatened to hold Attorney General Jeff Sessions in contempt of court Thursday after halting the deportation of a mother and daughter who were sent home in the middle of appealing their removal.

U.S. District Judge Emmet G. Sullivan learned Thursday that the two were on a plane headed to Central America after the Justice Department and the American Civil Liberties Union agreed Wednesday to delay their deportation until 11:59 p.m. the following day, the Washington Post reported.

“This is pretty outrageous,” he said according to the Post. “That someone seeking justice in the U.S. court is spirited away while her attorneys are arguing for justice for her?”

Officials reportedly said the plane was on its way back to the U.S. later in the day.

The woman — identified in court as Carmen — is a plaintiff in an ACLU lawsuit filed this week over efforts to prevent immigrants from seeking asylum due to domestic and gang violence in their home countries.

Sullivan said any delay in bringing them back would be intolerable and that Sessions and Homeland Security Secretary Kirstjen Nielsen should argue why they shouldn't be held in contempt of court if they failed to comply.

The DOJ declined to comment. DHS told Fox News that “in compliance with the court’s order, upon arrival in El Salvador, the plaintiffs did not disembark and were promptly returned to the United States.”

Jennifer Chang Newell, managing attorney with the ACLU’s Immigrants’ Rights Project, said in a statement that the administration’s actions were putting immigrants in “grave danger.”

“In its rush to deport as many immigrants as possible, the Trump administration is putting these women and children in grave danger of being raped, beaten, or killed,” her statement read. “We are thrilled the stay of removal was issued but sickened that the government deported two of our clients — a mom and her little girl — in the early morning hours. We will not rest until our clients are returned to safety.”