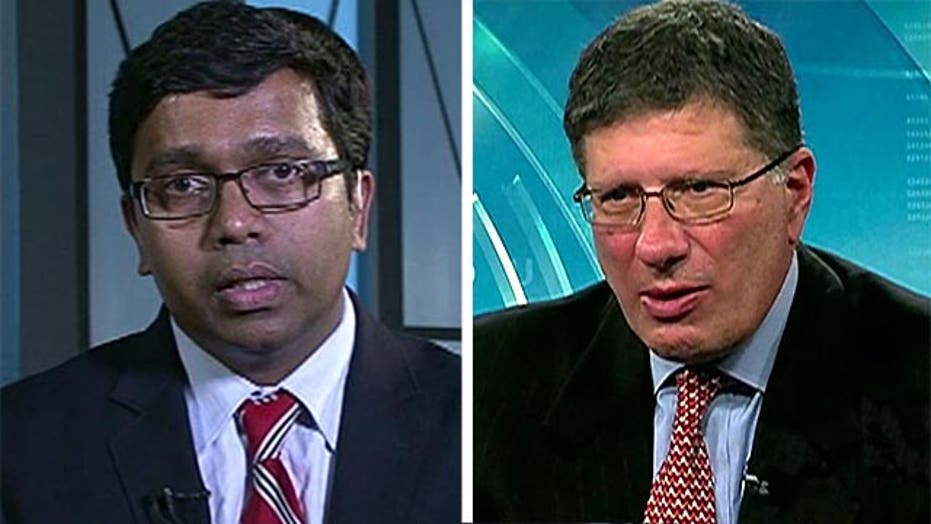 Are people being punished for speaking out?

“What really bothered me was that this delay was a direct result of this extremely low sense of caring for the patient,” said Dr. Jose Mathews, the chief psychiatrist for the VA Medical Center in St. Louis starting in Nov 2012.

Mathews and another whistleblower in Texas detailed their concerns to Fox News.

According to Mathews, he noticed that the doctors he oversaw who were responsible for seeing veterans with post-traumatic stress and other acute mental health issues were working just a few hours a day. They were seeing about half the patients they could, Mathews alleged in a federal whistleblower complaint filed last year. Meanwhile, there were mounting suicides among veterans being treated at his facility -- and officially, the St. Louis VA was reporting to its headquarters in Washington that its productivity was among the highest in the nation.

“They all got bonuses -- that's the sad part. Because in reality we were not really doing a good job, but it shows up on paper as if we are,” Mathews told Fox News.

When Mathews complained, he was removed from his job, assigned to an isolated office to oversee pensions and compensation. He was told not to contact the other doctors or patients.

“I think they have some form of moral blindness or something. They're not able to see that this is not right, what they're doing is not right,” said Mathews, a soft-spoken psychiatrist who says the veterans would have to wait a month or more for mental health treatment.

Spokesman Paul Sherbo, of the St. Louis VAMC, said in a written statement: “The St. Louis VA Medical Center leadership is aware of and is addressing the alleged issues. VA is committed to providing the best quality of care that all our nation's Veterans need and deserve."

A second whistleblower -- from Harlingen, Texas – Dr. Richard Krugman accused the VA facility he oversaw in southeast Texas of delaying life-saving colonoscopies in order to cut costs. He provided a memo from his boss from 2011 outlining the shift in policy. He, too, was fired.

He argued that his boss told them to require three successive fecal occult blood tests before sending the patient for a colonoscopy, a delay that could cause potential colon cancer to go from a treatable stage 1 to a deadly stage 4, if unaddressed.

His boss -- now a VA director in Texas -- pushed back, issuing the following response:

"Allegations such as the [VA] stopped sending patients for colonoscopies because the agency could not afford non-VA care and instead utilized a fecal occult blood test instead of colonoscopies was not substantiated" by the independent Office of Special Counsel that investigated Krugman’s charges and closed the case last November, according to the statement provided by Jeff Milligan, former director of VA Texas Valley health network. Krugman disputed the claim.

The Office of Special Counsel referred the matter to the VA, which partially substantiated some of the claims. The investigative panel assigned to get to the bottom of Krugman’s allegations was appointed by VA Under Secretary of Health Robert Petzel, who resigned Friday.

As first reported by Fox News last September, Petzel told congressional oversight committee members he had “no regrets” about awarding $63,000 in bonuses to hospital administrators in Pittsburgh after more than five veterans died of preventable Legionnaire’s disease contracted at a VA facility.

“What I really got upset about was, over the last couple of weeks, everybody is now saying, ‘Oh, I never knew that. Oh, I didn't see that,” Krugman said in an interview with Fox News. “The reports have been there since 2010, 2011, and each article, or each new material that I received, I purposely sent to those different gentlemen, with a backup copy, just so that they can't say, ‘Oh, I never knew this, or I never knew that because every time that they say, ‘I don't know this or I don't know that,’ somebody else dies.”

Veterans' groups met in Washington this week to call for secure hotlines so that more whistleblowers feel they can come forward and not face retaliation.