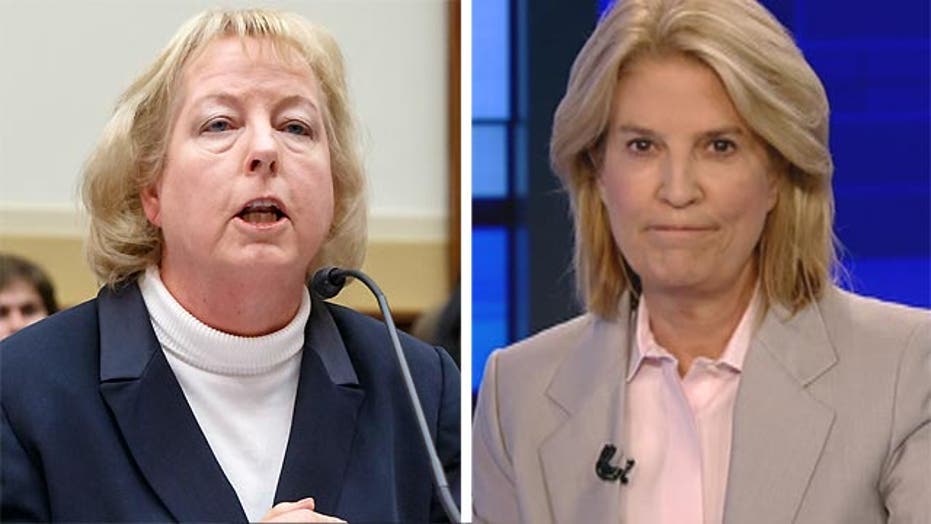 Jailed Marine's mom: My son is despondent, needs to be home

Jill Tahmooressi, backed by advocate Montel Williams, makes impassioned plea to Congress to press Mexico officials to release him from prison so he can receive treatment for PTSD. #MarineHeldInMexico

The mother of the U.S. Marine imprisoned in Mexico after mistakenly crossing the border with three legally-registered guns told lawmakers Wednesday her son is rapidly deteriorating and pleaded with them to press for his return.

Jill Tahmooressi, whose 26-year-old son, Andrew, served two tours in Afghanistan, appeared before a House Foreign Affairs subcommittee to push her case for the U.S. to pressure Mexico to release him. The condition of Tahmooressi, who suffers from post-traumatic stress disorder from his service, has deteriorated since he was locked up March 31 on gun charges.

“My son is despondent, without treatment, and he needs to be home,” she said, her voice cracking with emotion.

The longtime nurse, who lives in Weston, Fla., recounted several emotional calls from her son, including one from Afghanistan, where he told her about blacking out after an IED exploded near him. Upon returning home, Andrew Tahmooressi abandoned his dream of becoming a commercial pilot because, he told his mother, “I can’t concentrate on the academic work.”

Then, on March 31, he called her from a Mexican border checkpoint to say he was in trouble.

“Mom, I got lost; I made a wrong turn,” Jill Tahmooressi recounted her son saying. “I’m at the Mexican border. You need to know this because I’m surrounded by Mexican military.”

Hours later, in another call, he told her, “Mom, I’ve been arrested, please secure me an attorney.”

Appearing with the distraught mother before the Western Hemisphere Subcommittee were television personality and former Navy Lt. Commander Montel Williams, who is also a former Marine, and Pete Hegseth, the CEO of Concerned Veterans for America and a Fox News contributor.

“We know for a fact that A’s time in this prison has been worse than his time in both tours of combat,” Williams said. “How dare we, how dare we as a nation, hesitate to get that young man back?”

The hearing took place just hours after Tahmooressi’s attorney, Fernando Benitez, told Fox News he plans to rest his case today, possibly opening the door for Tahmooressi's release within a matter of weeks.

"We have more than enough for an acquittal,” Benitez said. He said a crucial development in the case came within recent days, when the prosecution acknowledged that Tahmooressi's PTSD may have played a role in the immediate aftermath of his detention. That stipulation could pave the way to Tahmooressi’s release on humanitarian grounds, he said.

Lawmakers said it is outrageous for a U.S. ally to hold an ailing American on gun charges that clearly stem from an honest mistake. Tahmooressi was in the San Diego area to get PTSD treatment, and living out of his pickup truck when he mistakenly crossed the border at a poorly marked checkpoint. He immediately declared that the guns were among all of his possessions in the truck, according to Benitez.

“As a direct result of his honorable service in Afghanistan, U.S. Marine Sergeant Andrew Tahmooressi now suffers from combat-related PTSD,” said Rep. Matt Salmon, R- Ariz. "Tragically, instead of receiving the treatment he needs, he is being held in a Mexican prison.

“Our war hero needs to come home,” he added.

Hegseth, a former infantry officer in the Army National Guard who served tours in Afghanistan, Iraq and at Guantanamo Bay, said the administration needs to do more to bring Tahmooressi home.

“Shame on anyone, at home or abroad, who does not move heaven and Earth to ensure that those who given so much, receive the care they deserve,” Hegseth said.

“Sgt. Tahmooressi is an American hero, whose wrong turn at the Mexican border has had the devastating effect of delaying his much-needed PTSD treatment for too long,” Royce said.

Royce said he and Salmon have been in contact with Mexico’s attorney general, who has the power to release Tahmooressi on humanitarian grounds. They said they impressed upon Jesus Karam that Tahmooressi had been diagnosed with PTSD by the VA San Diego Healthcare System just five days before his arrest.

“I am confident the humanitarian release of Andrew Tahmooressi will occur very soon,” Royce said.