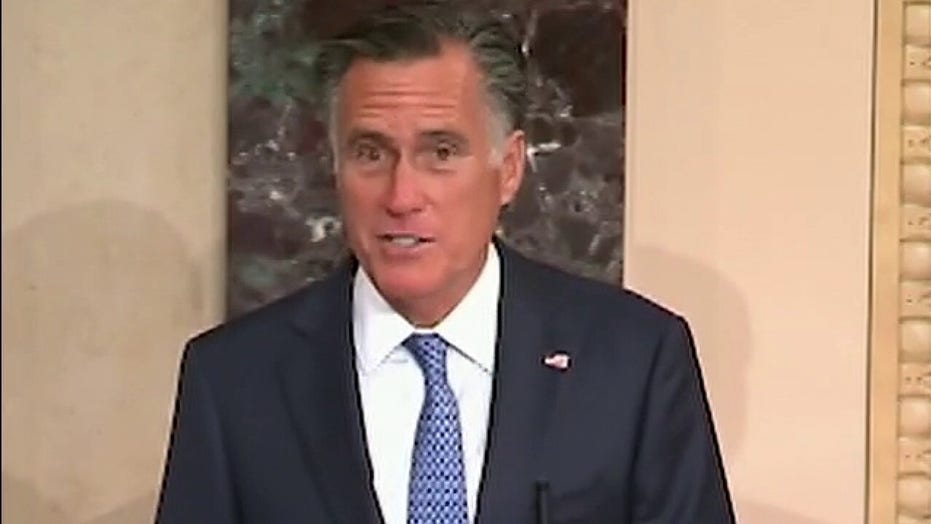 Sarah Sanders on Supreme Court vacancy: Democrats need to be prepared for tough battle ahead

Sen. Mitt Romney said on Tuesday that he supports the Senate in moving forward with a Supreme Court nominee from President Trump ahead of the presidential election, further tipping the nomination math in favor of Republicans who want to replace the late Justice Ruth Bader Ginsburg with a conservative.

“My decision regarding a Supreme Court nomination is not the result of a subjective test of ‘fairness’ which, like beauty, is in the eye of the beholder," Romney, R-Utah, said in a statement. "It is based on the immutable fairness of following the law, which in this case is the Constitution and precedent. The historical precedent of election year nominations is that the Senate generally does not confirm an opposing party’s nominee but does confirm a nominee of its own."

The senator, who voted to remove Trump from office earlier this year, continued: “The Constitution gives the President the power to nominate and the Senate the authority to provide advice and consent on Supreme Court nominees. Accordingly, I intend to follow the Constitution and precedent in considering the President’s nominee. If the nominee reaches the Senate floor, I intend to vote based upon their qualifications.”

REPUBLICAN SENATORS FALL IN LINE TO BACK MOVING AHEAD WITH TRUMP SCOTUS PICK: 'WE'VE TO THE VOTES'

Romney expanded on his logic in subsequent comments to the press on Tuesday.

Romney also said that the timing of a vote on a Trump nominee would not influence his decision-making, indicating that if the confirmation vote is delayed until after the presidential election, and Romney judges that the Trump Supreme Court nominee is qualified for the bench, that he would support nominee even if the Republican Senate and Trump are lame ducks.

Romney joins potential swing vote Sens. Cory Gardner, R-Colo.; Joni Ernst, R-Iowa; Chuck Grassley, R-Iowa; and others in backing the Senate in advancing a Trump nominee. The only two Republicans who have said they oppose moving ahead with a nomination are Sens. Lisa Murkowski, R-Alaska, and Susan Collins, R-Maine.

Republicans can lose up to three votes and still be able to confirm a Trump nominee with Vice President Mike Pence as the tiebreaker.