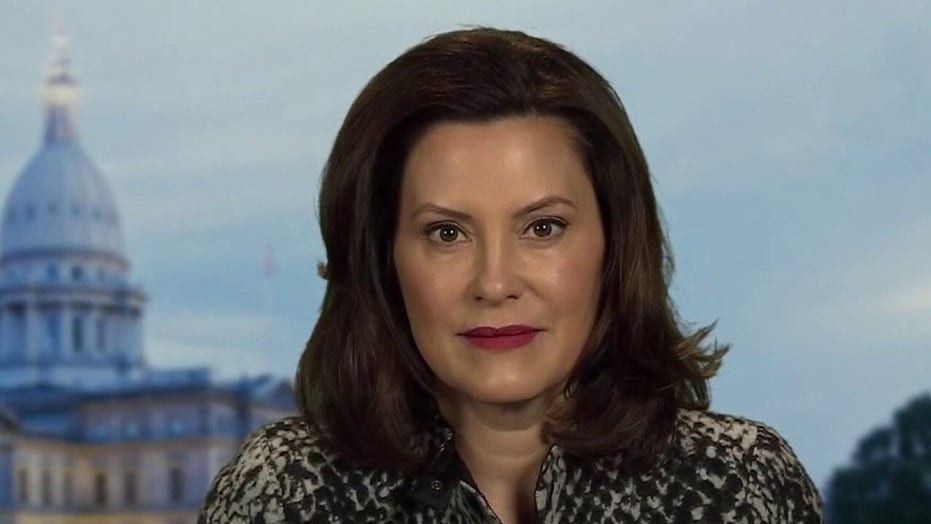 Michigan Gov. Gretchen Whitmer posted a video Saturday telling residents to be safe amid the coronavirus outbreak and that she had good news about the state's preparedness.

"Just found out that 112,000 N95 masks got to the state emergency operation center," she said. "We're grateful to FEMA for that, grateful to the White House for the disaster declaration. We're working 24/7, there is much work to do but this is good news in the midst of really tough stuff that's going on."

"So, keep encouraging everyone to do your part, stay home if you can. Check your warehouses to see if there's [sic] any N-95 masks in there that you can donate to your local hospital. And please, please, please stay tuned to Michigan.gov/coronavirus to see all the work that is going on. But stay home, stay safe, save lives."

TRUMP FIRES BACK AT MICHIGAN'S WHITMER, CLAIMS DEM GOVERNOR 'DOESN'T HAVE A CLUE'

As of late Friday, Michigan had more than 3,600 confirmed cases of the virus, ranking fifth in the nation, and had seen at least 92 deaths. President Trump approved a disaster declaration for the state, ordering federal assistance to support state and local efforts.

“I love Michigan, one of the reasons we are doing such a GREAT job for them during this horrible Pandemic,” the president had tweeted. “Yet your Governor, Gretchen “Half” Whitmer is way in over her head, she doesn’t have a clue. Likes blaming everyone for her own ineptitude! #MAGA"

The Twitter message followed Whitmer’s accusations Friday that medical supply vendors were being told “not to send stuff here to Michigan” -- and her insinuation that the alleged orders were coming from the Trump administration. She had also complained that Washington, D.C., wasn't giving "clear directives and guidance" to Michigan.

Whitmer responded to one of Trump's attacks on Thursday, tweeting that she's repeatedly and respectfully asking for help. In a separate tweet on Saturday, she tweeted: "P.S. I'm happy to work with the VP [Vice President]! We get along well."

Trump's attorney Rudy Giuliani also took a shot at Whitmer's handling of the crisis. "Hydroxychloroquine has been shown to have a 100% effective rate treating COVID-19. Yet Democrat Gretchen Whitmer is threatening doctors who prescribe it. If Trump is for something - Democrats are against it. They're okay with people dying if it means opposing Trump," Giuliani wrote, quoting a tweet from Turning Point USA Founder Charlie Kirk.

Both Giuliani and Kirk's tweets were reportedly taken down and a Twitter spokesperson confirmed to Fox News that their accounts had been temporarily locked due to their violations of its updated Twitter rules regarding the spreading of COVID-19 misinformation.

Fox News' Dom Calicchio and Joseph A. Wulfsohn contributed to this report.