Michigan House speaker on investigating voter fraud: This is about 'peace of mind'

Election officials in Michigan’s largest county voted to certify election results on Tuesday night, ending a short-lived deadlock that could have delayed the state from confirming a victory for President-elect Joe Biden.

The Wayne County Board of Canvassers voted 4-0 to certify results. As part of the agreement, the board, which consists of two Republicans and two Democrats, asked Michigan Secretary of State Jocelyn Benson to audit the election process and pursue reforms to prevent discrepancies in the future, according to local reports.

The reversal came just hours after a previous vote resulted in a 2-2 deadlock along party lines. Republicans who initially voted against certification cited concerns related to absentee poll books in certain Detroit-area precincts that did not match. 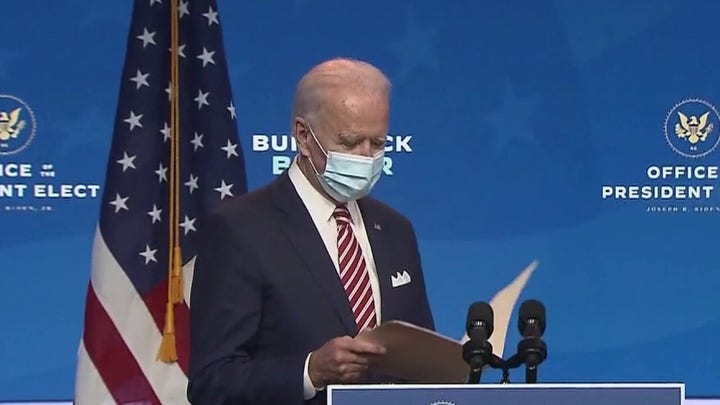 Had the county’s certification vote failed, state canvassers would have been tasked with certifying election results. The initial result stoked outrage among Democratic officials, including Michigan Gov. Gretchen Whitmer, as well as praise from Republicans in support of Trump’s ongoing challenge of election results.

The board met after days of unsuccessful litigation filed by Republican poll challengers and Trump allies. They claimed fraud during absentee ballot counting at a Detroit convention center, but two judges found no evidence and refused to stop the canvassing process.

Earlier Tuesday, Trump campaign attorney Jenna Ellis touted the Wayne County Board of Canvassers’ failure to certify the vote as a “huge win” for the president. Trump’s campaign has alleged election fraud and filed legal challenges over results in several states. The president’s team has yet to react to the Wayne County Board of Canvassers’ reversal.

So far, the president’s attorneys have provided little evidence to back up their claims and a bipartisan assortment of officials at the state, federal and local levels have denied fraud occurred.