The Trump camp is asking that Benson order local election officials to allow challengers to “meaningfully participate and oversee” the voting and counting process.

During the hearing conducted via a Zoom call, Stevens said that while Benson is responsible for overseeing the election process in Michigan, she would not be able to provide the relief the Trump campaign is seeking, as the counting process is largely completed. 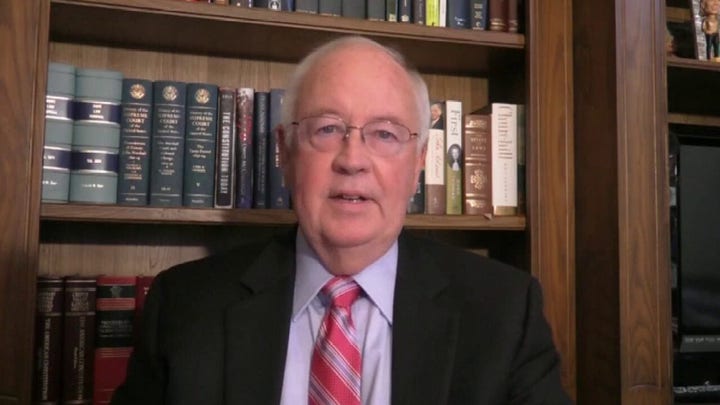 The Trump campaign’s counsel, Thor Hearne, also presented an affidavit where a local election official said he was told by a poll worker that she had been instructed to change the receipt date on a ballot, which was a day late, to reflect that it had actually been received on Election Day.

Stevens dismissed this incident as “hearsay,” asserting that the affiant did not have firsthand knowledge of the situation.

The Trump campaign also alleged that one of its election observers had been excluded from the counting process.

Lawyers for Secretary of State Benson argued that there was no detail on that allegation, as in where it had happened or when.

The Trump campaign also said they had not been given access to video surveillance of remote ballot drop boxes as is provided in Michigan State statute.

Stevens acknowledged that access to the video in question was not given to the Trump campaign but pointed out that the location of these drop boxes was unclear suggested that evidence may not have given team Trump a substantial chance to advance their case.