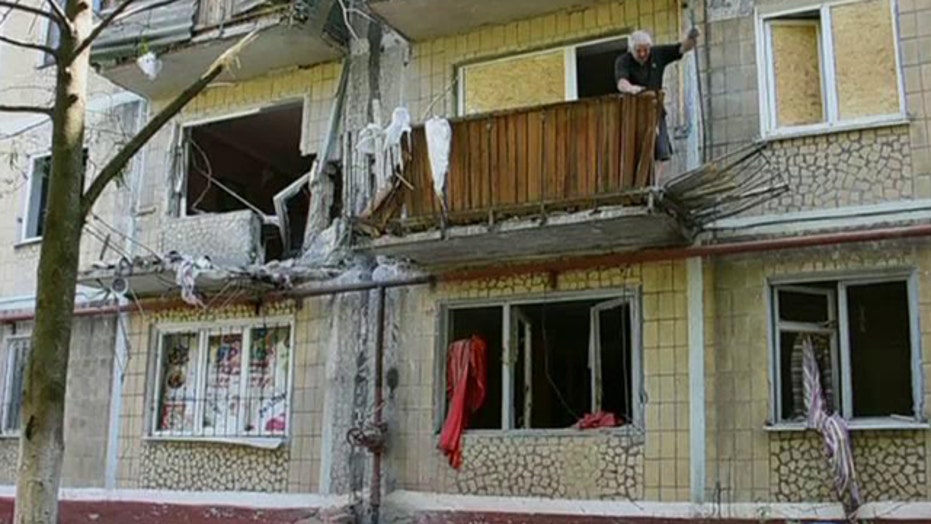 Report: US poised to deploy heavy weapons in Eastern Europe

The Pentagon reportedly is poised to send heavy military equipment to Eastern Europe and the Baltic nations, as part of an effort to bolster U.S. forces there and send a message to Russia.

No final decision has yet been made, but Poland Defense Minister Tomasz Siemoniak said Sunday that decision will come "soon."

He confirmed in a tweet Sunday that he and U.S. Defense Secretary Ash Carter held talks about placing U.S. heavy army equipment in Poland last month.

"Decisions are near," he wrote.

Siemoniak did not specify numbers or what type of equipment was being discussed. The White House and the U.S. defense secretary need to approve such a move.

The confirmation of the talks follows reports in The New York Times and Reuters that the U.S. is proposing to move the heavy weaponry to those nations in an effort to reassure allies in the wake of Vladimir Putin's intervention in Ukraine.

Asked about the reports, Pentagon spokesman Col. Steve Warren told Fox News: "Over the last few years, the United States military has increased the prepositioning of equipment for training and exercises with our NATO allies and partners. The U.S. military continues to review the best location to store these materials in consultation with our allies. At this time, we have made no decision about if or when to move to this equipment."

If the Pentagon proceeds, it would mark the first time since the Cold War the U.S. has stationed such equipment in those NATO countries that once belonged to the Soviet Union.

One official told Reuters the proposal calls for storing equipment ranging from tanks to infantry fighting vehicles to other weapons. They could be stationed in Lithuania, Latvia and Estonia, as well as Poland, Romania, Bulgaria and Hungary, according to Reuters.

Siemoniak told the PAP news agency that if such warehouses with equipment are placed in Poland, they will remain "for years and for decades."

"It is not a temporary reaction to crisis," he said.

Poland's General Command spokesman, Col. Artur Golawski, said on Twitter that efforts have been taken to find locations where the equipment could be placed.

NATO is holding massive sea, land and air exercises this month in Poland, the Baltic states and Romania in response to calls from these members for greater security reassurance.

Video released over the weekend shows tanks, bombers, amphibious assault vehicles and others participating in the military exercises.

Among the thousands of NATO troops is the new rapid reaction force, the so-called spearhead, agreed on at a NATO summit last year. It is testing it relocation and cooperation potential in southwestern Poland.