Melania Trump is hosting executives from major online and social media companies to discuss cyberbullying and internet safety, more than a year after saying that would be her issue as first lady. (AP)

Melania Trump pushed back against critics Tuesday, declaring her commitment to combating cyberbullying despite the hits she has endured for taking on the issue while her husband routinely goes on Twitter to berate foes and call them names.

“I am well aware that people are skeptical of me discussing this topic,” the first lady said. “I have been criticized for my commitment to tackling this issue, and I know that will continue. But it will not stop me from doing what I know is right. I am here with one goal: helping children and our next generation.”

Mrs. Trump commented as she convened executives from major online and social media companies at the White House to discuss cyberbullying and internet safety. The meeting came more than a year after she announced that cyberbullying would be her cause if Trump were elected president.

The choice was immediately assailed. On Tuesday, a defiant sounding Mrs. Trump said she’s not backing down. 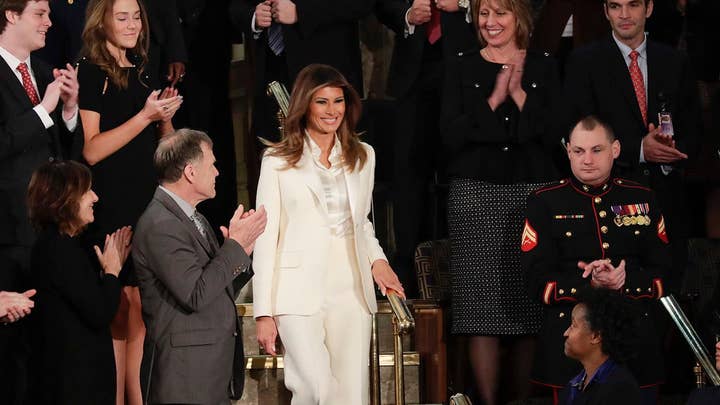 The first lady said she gets many letters from children who have been bullied or who feel threatened on social media. She told the executives “I believe together we can make a real difference in encouraging positive behaviors on social media.”

Amazon, Snap, Facebook, Google, Twitter and Microsoft sent representatives, as did the Internet Association and the Family Online Safety Institute.

“She really wanted to know how we can best educate parents so that they can use the tools that companies provide to keep kids safe online,” said Stephen Balkam, CEO of the Family Online Safety Institute, told The Associated Press following the hour-long meeting. “She is most concerned about anonymity online and thinks that it’s a disinhibitor to the ways in which people behave.”

Michael Beckerman, president and CEO of the Internet Association, said in a written statement that the meeting gave the industry a chance to highlight investments in policies, controls, resources and programs “that help promote a positive and safe online experience for people of all ages.”

“Internet companies take this responsibility seriously and care deeply about the safety and well-being of their youngest user,” Beckerman said.

The first lady said afterward that parents must find ways to help children become “responsible digital citizens.” Her son, Barron, turned 12 Tuesday, putting him one year closer to the age of eligibility to join Facebook and other social media sites. 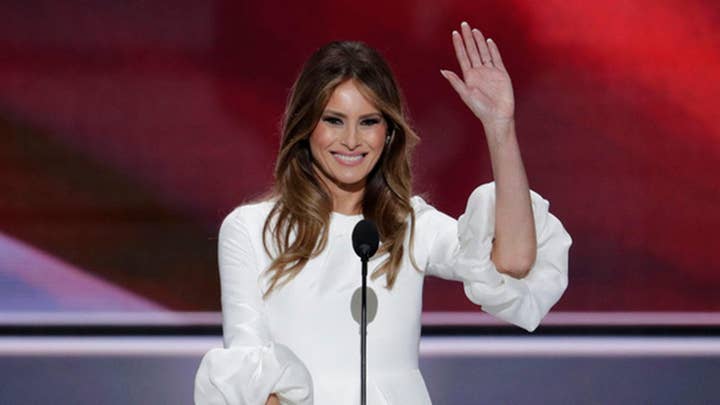 “We have a real opportunity to teach positive online behaviors, but that also means addressing issues offline such as kindness, empathy, and respect,” Mrs. Trump said in the written statement. “I am grateful to the technology experts for their collaboration and willingness to come together at our meeting today. I look forward to continuing our focus on educating children on the power of positivity.”

Balkam said he had reached out to prior first ladies but Mrs. Trump “stepped up” and “decided this is her cause.”

“The first lady addressed the issue that was on everyone’s mind, which is the president’s own social media use,” he said. “She addressed it and said I’m going to do this anyway.” There was no further discussion, he said.

The president’s penchant for online name-calling has led to calls for Twitter to terminate his account and ban him from its service. But San Francisco-based Twitter, which has 68 million U.S. users, has declined, maintaining that the news value of Trump’s tweets eclipses complaints of bullying.

Last summer he went after MSNBC’s “Morning Joe” hosts: “Crazy Joe Scarborough and dumb as a rock Mika are not bad people, but their low rated show is dominated by their NBC bosses. Too bad!”

Last week, he celebrated the firing of FBI Deputy Director Andrew McCabe days before his retirement was to take effect. Trump had accused McCabe of being biased against him.

“Andrew McCabe FIRED, a great day for the hard working men and women of the FBI - A great day for Democracy,” the president tweeted, adding an insult for McCabe’s former boss, “sanctimonious James Comey.”

The major technology companies have strict policies prohibiting harassment and other bullying behavior on their services, but primarily rely on users to report and weed out abuses. They try to clearly spell out the kinds of remarks and other posts that won’t be tolerated in special sections, but the efforts so far have fallen short, leading to rampant abuses that even some of the companies acknowledge have driven away or tormented portions of their audience.

There is no federal law that applies to bullying. State laws vary, ranging from requiring public schools to have bullying policies to requiring anonymous reporting systems, said Sameer Hinduja, co-director of the Cyberbullying Research Center and professor of criminology at Florida Atlantic University.