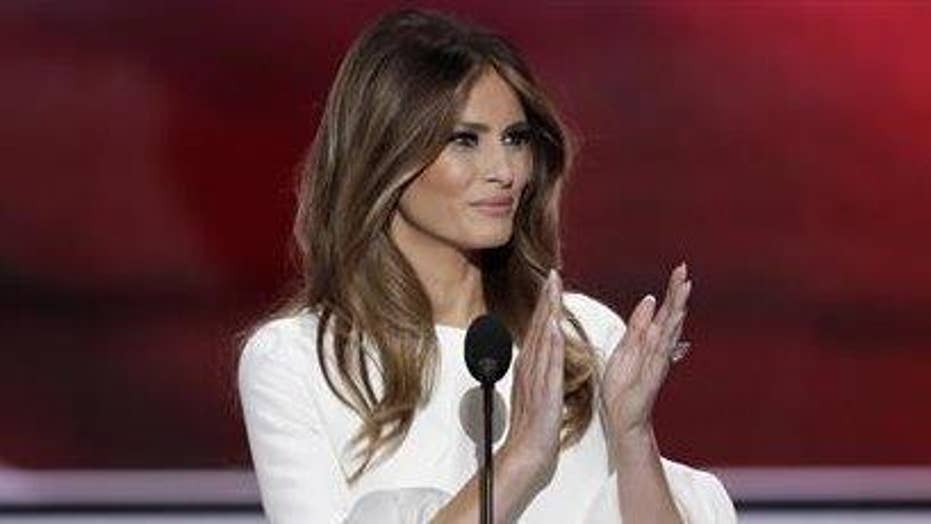 Melania Trump and her introduction by the presumptive Republican nominee may have been the long-awaited highlight — but it was pointed attacks on Hillary Clinton that included the mother of one of the Benghazi terror attack victims that set the tone Monday for the weeklong convention in Cleveland.

Donald Trump broke from the tradition of not appearing before the convention crowd before accepting the presidential nomination to introduce his wife, and assured the crowd at the Quicken Loans Arena that “we’re going to win, we’re going to win so big.”

Melania Trump was the first of several other family members who are set to speak at the convention. She broke away from the tone that Giuliani had set minutes prior and spoke about how her husband plans to fight for the country and shed some insight on her plans to help women and children should she become the next First Lady.

“My husband is ready to lead this great nation…to fight every day, to give our children the better future they deserve.”

Highlighting the theme of the night – “Make America Safe Again” – was Giuliani who reinvigorated the crowd with passionate words about the country’s police force and bold attacks on Clinton about the state of the Middle East after she departed the State Department.

“Libya is in chaos. (Hillary Clinton) is accountable for this and much more,” he said. “Who would trust Hillary Clinton to protect them? I wouldn’t. Would you? 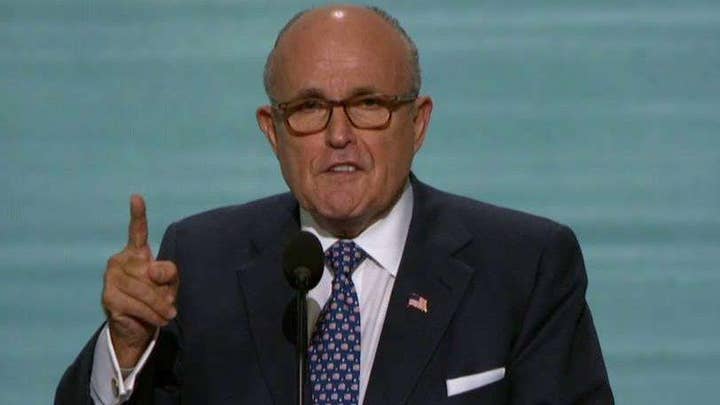 The biggest roar Giuliani got from the crowd was when he defended law enforcement officers across the nation, in wake of the police ambushes in Texas and Louisiana that left a total of eight officers dead.

He said police officers don’t see color when it comes to saving and protecting Americans from danger.

He told the crowd that Donald Trump would make Americans feel safe again and promised “What I did for New York, Donald Trump will do for America.”

Giuliani echoed the sentiments that were felt throughout the entire day from the mother of a Benghazi victim, Patricia Smith, Milwaukee County Sheriff David Clarke and several others.

“I blame Hillary Clinton personally for the death of my son,” Smith said earlier in the night. Her son Sean was killed in the Benghazi terror attack.

Clarke also talked about the police force in wake of the Dallas and Baton Rouge shootings and stated that “Blue Lives Matter.”

“We simply cannot be great if we do not feel safe in our homes, on our streets and in our schools,” Clarke added.

Former Lt. Gen. Michael Flynn, Rep. Ryan Zinke, R-Mon., and Iowa Sen. Joni Ernst wrapped up the night with their speeches. However, most of the crowd had already departed before Flynn got up to the podium.

Flynn was originally scheduled to speak on Tuesday. He urged those left in the crowd to not sit the election out.

Rep. Mike McCaul, R-Tex., also touched on the police murders and noted that Islamic terror is coming to American soil.

He made clear that the “enemy is radical Islam,” something that has been a big part of Trump’s presidential campaign.

Alabama Sen. Jeff Sessions addressed the crowd about the economy and illegal immigration and the need to secure the country’s borders. He also railed against the economy, telling the crowd that “we are on the wrong side of the track, and the American people know it.”

“Is it too much to ask that we slow down and protect our national security and job?” he asked.

Jamiel Shaw, whose son was killed by an illegal immigrant, spoke too sharing his story and the need to protect the country’s borders. 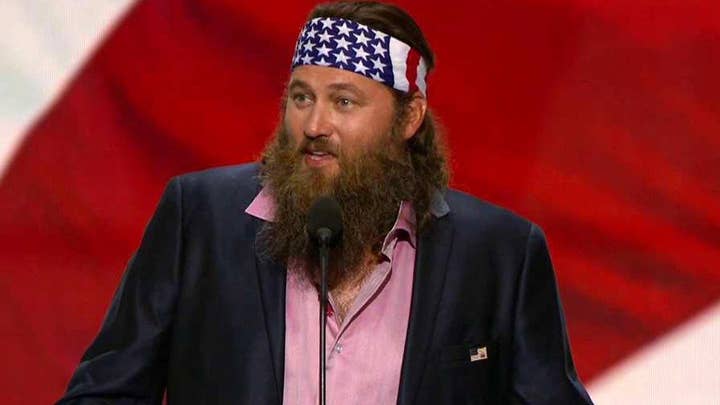 Congressman Sean Duffy and his wife, Rachel Duffy, took a jab at Clinton’s email scandal, saying one of their family rules is “no servers in the basement.”

Among the celebrities that are set to speak at the convention, “Duck Dynasty” star Willie Robertson opened the night telling the media how they have been wrong about Trump over the last year.

The convention floor turned chaotic earlier in the day when Republican officials hastily adopted a set of much-contested convention rules. It set off a protest from anti-Donald Trump delegates who hoped to challenge the rules that bind delegates to vote for the presumptive GOP nominee.

The convention's presiding officer, Arkansas GOP Rep. Steve Womack, abruptly put the rules to a vote -- twice -- and declared them approved by voice. The decision prompted loud objects from Trump opponents, but nothing more than that.

The second day’s theme is “Make America Work Again” and some of the speakers slated for Tuesday are Donald Trump Jr., Eric and Tiffany Trump and New Jersey Gov. Chris Christie.