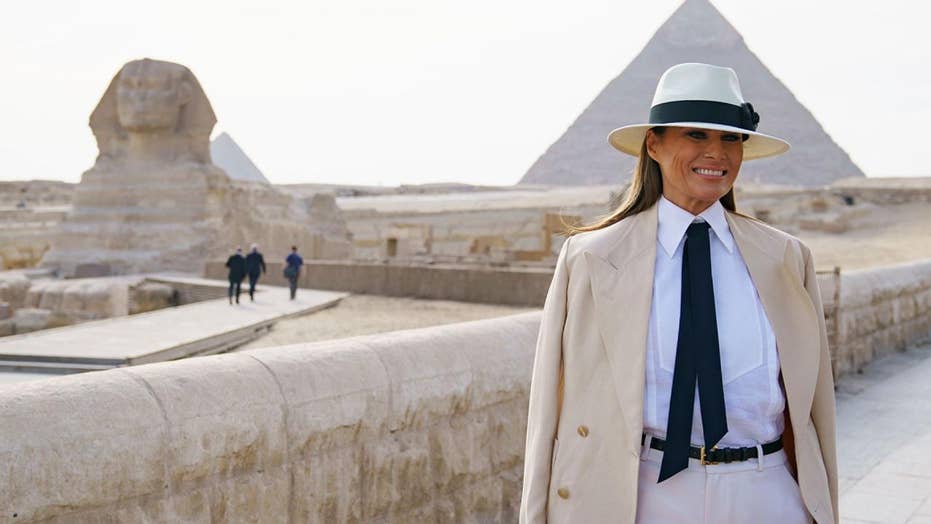 First lady Melania Trump: ‘I'm the most bullied person in the world’

First lady Melania Trump said she has more important things to worry about than President Trump’s alleged infidelity, which she called “gossip” and media speculation.

She sat down with ABC News Chief National Affairs Correspondent Tom Llamas during her solo trip to Africa – who asked about Trump’s alleged or rumored extramarital affairs.

“It is not a concern or focus of mine. I'm a mother and a first lady, and I have much more important things to think about and to do,” Melania fired back before attacking the media.

“I know people like to speculate and media likes to speculate about our marriage,” she said as ABC News ran video of tabloid covers speculating about her marriage over the sound bite.

Llamas then asked, “Have you been hurt, though?”

After a pause, the first lady admitted it’s “not always pleasant” when the media speculates about her marriage but she knows the truth behind the rumors.

"I never talked to Mr. Giuliani,” she said before Llamas asked if she loves her husband.

"Yes, we are fine. It's what media speculate, and it's gossip. It's not always correct stuff," she said.

In a previously released clip from the same interview, the first lady told Llamas there are people close to the president she does not trust, and she “let him know.” Some of them apparently no longer work in the West Wing.

But when pressed by Llamas, she said there are still people working inside the White House she does not consider trustworthy. Trump, who gave brief answers to the questions about trust issues, went into further detail when asked if she was looking forward to “possibly” six more years in the White House if her husband wins re-election in 2020.

“I believe that my husband is doing an incredible job for this nation and I want the American people to have success, so whatever he will decide I will support him,” she said. “I’m enjoying it. I really love to live in Washington and in the White House. Yes, I’m enjoying it.”