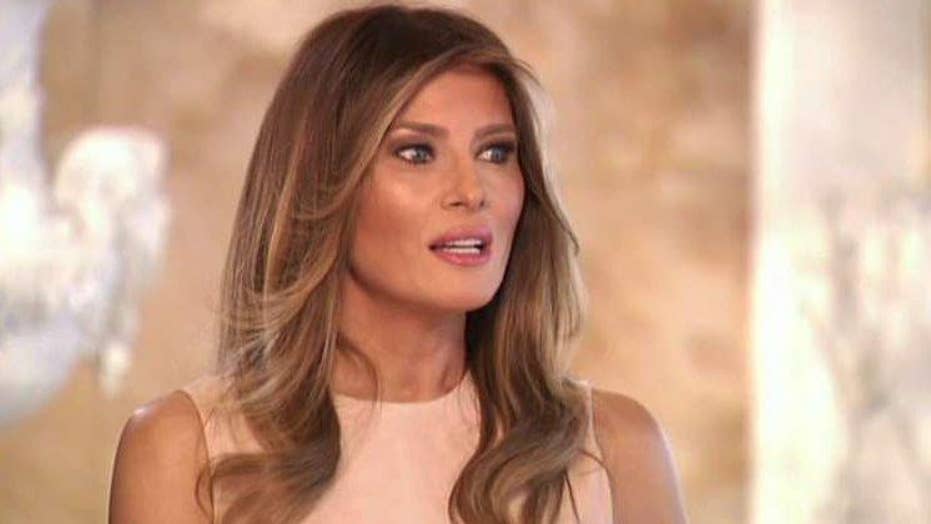 Melania Trump, wife of Republican presidential nominee Donald Trump, spoke out for the first time Monday since a videotape was released of her husband making lewd comments about women in 2005, saying, "we are moving on."

Trump made the comments to Fox News' Ainsley Earhardt in an interview Tuesday morning on "Fox & Friends."

“Those words, they were offensive to me and they were inappropriate,” Trump told Fox News. “And he apologized to me. And I expect -- I accept his apology. And we are moving on.”

Trump added that she believes the mainstream media wants to damage her and her family by “saying lies about me, lies about my family.”

She said in the interview that the comments that were made on the tape were not made by the person she knows and that any other allegation of Donald Trump’s sexual misconduct should be handled in court.

Trump was then asked what she would tell women who were deterred because of the lewd tapes.

She also said that it's fair for the media and her husband to bring up former President Bill Clinton's infidelities amid his wife's presidential campaign.

“They're asking for it. They started,” Trump said, referring to nude images from the 1990s published by the New York Post earlier this year. “They started from the beginning of the campaign putting my picture from modeling days."

"That was my modeling days and I'm proud what I did. I worked very hard,” she added.

Melania Trump's image later was used in a negative ad campaign during the Republican primary.

At the time of its release, Donald Trump accused former rival Ted Cruz of being involved and responded by tweeting an unflattering image of the Texas senator's wife. Cruz denied involvement in the release of the photos.

As for any debate advice for her husband, Trump said that he should “be himself and talk about the issues.”