BALTIMORE – The Republican leaders of the House and Senate took time out Thursday from laying out their 2016 agenda to warn they won’t stand for Senate Minority Leader Harry Reid’s bid to drag the presidential campaign onto the Senate floor.

Earlier Thursday, the Nevada senator had threatened to seek votes on GOP candidate Donald Trump’s proposals. "If Republicans are afraid to bring their standard-bearer's policies up for votes, Democrats will hold Republicans accountable by seeking floor votes on Trump's policies ourselves,” Reid said.

But Senate Majority Leader Mitch McConnell, R-Ky., suggested lawmakers could, in the same vein, call up amendments related to the Democratic candidates’ proposals.

But, he said, “I’m trying to avoid turning the Senate into a [TV] studio” for the campaign.

“Let’s let the candidates run their race, and we’ll try to do the people’s business,” McConnell said.

He and House Speaker Paul Ryan, R-Wis., spoke as they laid out their ambitious 2016 agenda at their annual retreat, vowing to help their party win the White House while cautiously avoiding the fiery campaign battles.

Looking forward, McConnell said he’s set a goal of passing all 12 appropriations -- or spending – bills this year, something Congress has struggled to do year after year, contributing to the periodic budget chaos on the Hill.

“It’s not going to be titillating,” he acknowledged.

Ryan, standing next to McConnell during a press conference at the retreat in Baltimore, also said his chamber would work on the budget early.

The leaders acknowledged their respective chambers, by design, have different missions and rhythms but insisted they are united in the effort to pass bills and set a “pro-growth” agenda to help Americans, while the candidates wrangle for their votes.

“We’re asking ourselves, ‘What could we do if we had a Republican in the White House?’” Ryan added.

A major debate at the retreat is whether Reid will make good on a comment he made last month about changing the chamber’s filibuster rules to get spending bills passed more easily.

“At least Democrats are saying the right things,” McConnell said.

Those at the retreat acknowledged discussions about rule changes to restore so-called “regular order” but made clear that key committee leaders have made no formal efforts in that direction.

Ryan and others said they plan to start the appropriations process early in this election year, perhaps in February or early March to allow for the extra month or so this summer that Congress will be out for the conventions.

However, Ryan made clear he had no idea when the bills will be completed and sent to the Senate, because as the new speaker he’s committed to letting members “have their say.” 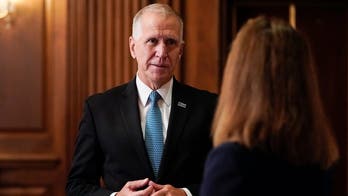 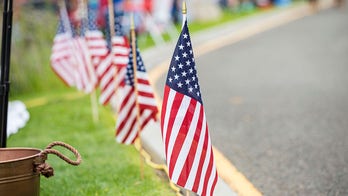