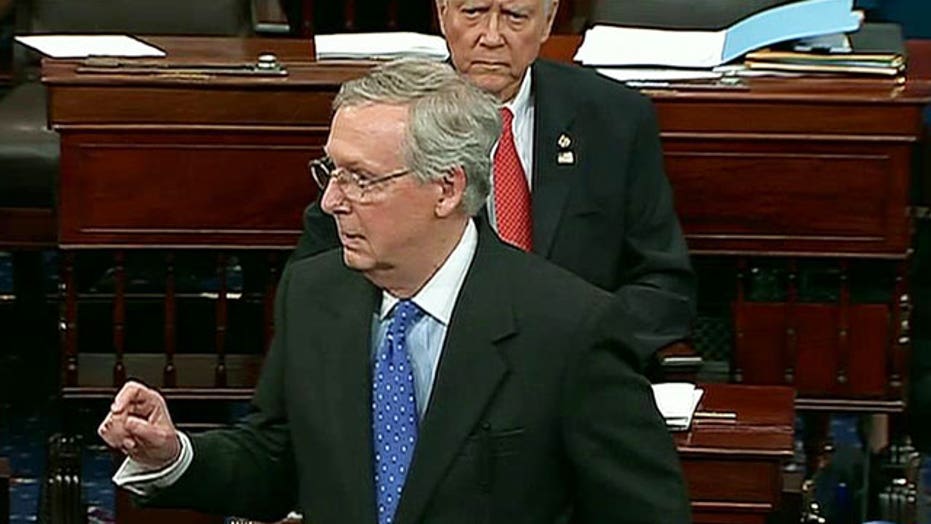 Have tensions worsened on Capitol Hill?

Senate Majority Leader Mitch McConnell followed through on a threat to keep members of the upper house of Congress working late Thursday, as he teed up a final vote on a bill approving construction of the Keystone XL pipeline for next week.

Facing a slate of 12 amendments to the legislation, McConnell took the unusual step of pushing the Senate into two so-called live quorum calls requiring Senators to come to the floor. The Senate also voted to have Sergeant at Arms Frank Larkin request absent lawmakers to go to the floor.

The unorthodox maneuver by McConnell stemmed from unsuccessful attempts to come to an agreement with Democrats to allow up-or-down votes on the various amendments. That was followed by a series of votes to "table", or kill the amendments.

Among the Democratic amendments killed by the Senate was a proposal to put an 8 cent fee on every barrel of oil which would move through the pipeline and also require financial disclosure of those who benefit from the tar sands project in Canada.

Democrats objected to the maneuvers, claiming that McConnell was attempting to stifle further debate on the bill.

"Forcing the Senate to vote on amendments they haven't had a chance to read and denying senators the chance to speak on their own amendments for a single minute is a severe breach of Senate norms and protocol, and is certainly not in keeping with the Senate's traditions of open debate," Adam Jentleson, spokesman for Senate Minority Leader Harry Reid, said in a statement.

Earlier this month, the House passed legislation approving the pipeline's construction for a tenth time. Identical legislation cleared an initial hurdle in the Senate, where a 63-32 vote was three more than the 60 required, but not enough to override a veto.