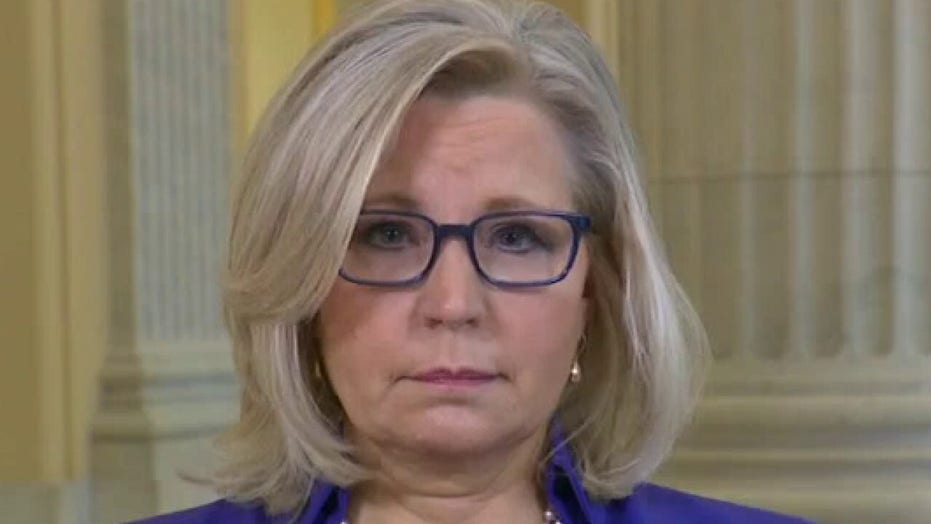 House Minority Leader Kevin McCarthy and Rep. Liz Cheney, the third-ranking House GOP member, had an uncomfortable exchange with reporters Wednesday over whether former President Trump should speak at CPAC as planned this weekend.

"Yes, he should," McCarthy said in a brief response after being asked by a reporter.

Cheney, however, had a different answer when asked the same question.

"That’s up to CPAC," she began, before elaborating. "I’ve been clear about my views of President Trump and the extent to which, following Jan. 6., I don't believe that he should be playing a role in the future of the party or the country."

After a moment of awkward silence, McCarthy concluded the press conference. "On that high note, thank you all very much," he said to laughter from reporters.

Cheney roiled the party last month when she voted to impeach Trump and Trump-aligned congress members like Rep. Matt Gaetz, R-Fla., soon jgcalled for her ouster from House leadership.

Cheney was censured by Republicans in her home state of Wyoming and Donald Trump Jr., Gaetz and others have vowed to support challengers who plan to primary her.

But 145 members of the House Republican Conference ended up backing Cheney, with just 61 Trump loyalists voting to remove her from her leadership role during a secret ballot vote earlier this month.

And Cheney has remained defiant in her continued criticism of the former president who remains popular in the party.

"Those of us who care deeply about our history and our future, who take our oaths and our obligations seriously, will steer our party and our nation into the future," she told the Reagan Institute Tuesday. "We will right the unforgivable wrongs of Jan. 6. We will make our party worthy, once again, of the mantle of Lincoln and Reagan."

McCarthy has backed Cheney but remains supportive of Trump, even visiting the former president at Mar-a-Lago to discuss getting the House back in GOP control in 2022.