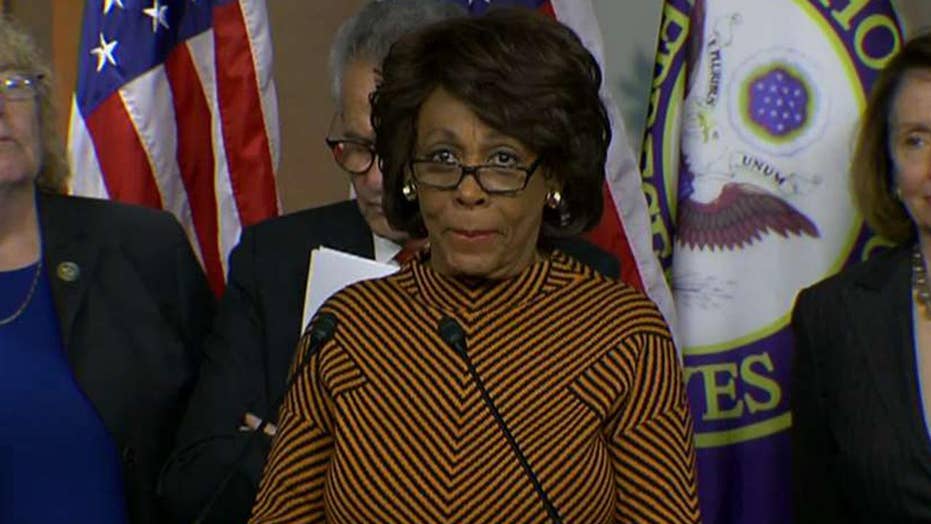 Rep. Maxine Waters, D-Calif., yelled at reporters on Tuesday after she was questioned over her controversial call for Trump officials to be accosted in public spaces.

“Now get out of here! I’m going to the women’s room,” Waters yelled at a cadre of reporters outside the Speaker’s Lobby who were asking her about her comments.

She also refused to answer questions about whether her remarks are bad for her party.

Waters has faced bipartisan criticism for her weekend comments to a crowd of supporters in Los Angeles. After White House Press Secretary Sarah Sanders and Homeland Security Kirstjen Nielsen were pressured to leave restaurants last week amid the backlash over family separations at the border, Waters had urged the crowd to keep up the pressure.

"If you see anybody from that Cabinet in a restaurant, in a department store, at a gasoline station, you get out and you create a crowd and you push back on them, and you tell them they're not welcome anymore, anywhere,” she said.

President Trump has responded by accusing her of advocating "harm" against his supporters and describing her as the face of the Democrats.

“The face of the Democrats is now Maxine Waters who, together with Nancy Pelosi, have established a fine leadership team,” he tweeted. “They should always stay together and lead the Democrats, who want Open Borders and Unlimited Crime, well into the future....and pick Crooked Hillary for Pres.”

Waters has shown no signs of backing down, and earlier accused Trump of lying about what she said.

“Trump is the one who is creating lies,” Waters said during a Monday afternoon news conference on Capitol Hill. “Trying to have people believe that I talked about harming people. There’s nowhere in my statement, anytime, anyplace that we talked about harm.”

But she has come under pressure from some Democrats.

"No one should call for the harassment of political opponents. That's not right. That's not American," Senate Minority Leader Chuck Schumer, D-N.Y., said on the Senate floor.