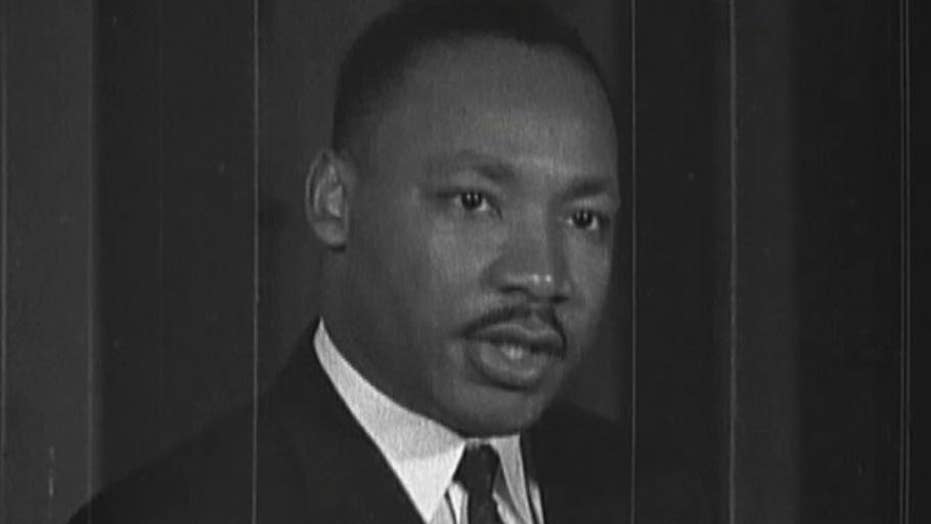 Two of Martin Luther King Jr.’s children and the pastor of his historic Atlanta church marked the national King holiday Monday with sharp denunciations of President Donald Trump, focusing on disparaging remarks he is said to have made about African countries and Haitian immigrants. Angry pro-Haiti protesters and Trump supporters yelled at each other from opposite sides of a street near the president’s Florida resort.

At gatherings across the nation, activists, residents and teachers honored the late civil rights leader on what would have been his 89th birthday and ahead of the 50th anniversary of his assassination in Memphis, Tennessee. But in the many speeches delivered from pulpits and podiums across the country, Trump’s name came up nearly as often as King’s, with speakers indicating that his turbulent presidency was undermining efforts to ease racial tensions in the U.S.

The president spent his first Martin Luther King Jr. Day in office buffeted by claims that during a meeting with senators on immigration last week, he used a vulgarity to describe African countries and questioned the need to allow more Haitians into the U.S. He also is said to have asked why the country couldn’t have more immigrants from nations like Norway.

In Washington, King’s eldest son, Martin Luther King III, criticized Trump, saying, “When a president insists that our nation needs more citizens from white states like Norway, I don’t even think we need to spend any time even talking about what it says and what it is.”

He added, “We got to find a way to work on this man’s heart.”

In Atlanta, King’s daughter, the Rev. Bernice King, told hundreds of people who packed the pews of the Ebenezer Baptist Church that they “cannot allow the nations of the world to embrace the words that come from our president as a reflection of the true spirit of America.”

“We are one people, one nation, one blood, one destiny. ... All of civilization and humanity originated from the soils of Africa,” Bernice King said. “Our collective voice in this hour must always be louder than the one who sometimes does not reflect the legacy of my father.”

Warnock said he thinks America “is already great ... in large measure because of Africa and African people.”

Down the street from Trump’s Mar-a-Lago retreat in Palm Beach, Florida, on Monday, Haitian protesters and Trump supporters yelled at each other from opposing corners. Trump was staying at the resort for the Martin Luther King Jr. holiday weekend. Video posted by WPEC-TV showed several hundred pro-Haiti demonstrators yelling from one side of the street Monday while waving Haitian flags. The Haitians and their supporters shouted “Our country is not a s---hole,” referring to comments the president reportedly made. Trump has said that is not the language he used.

The smaller pro-Trump contingent waved American flags and campaign posters and yelled “Trump is making America great again.” One man could be seen telling the Haitians to leave the country. Police kept the sides apart.

U.S. Army officer says the holiday should be about unity and service, not political controversy.

Trump dedicated his weekly address to the nation, released Monday, to King.

“Dr. King’s dream is our dream, it is the American dream, it’s the promise stitched into the fabric of our nation, etched into the hearts of our people and written into the soul of humankind,” he said in the address, which he tweeted to his followers. “It is the dream of a world where people are judged by who they are, not how they look or where they come from.”

The president’s remarks appeared not to resonate with the Rev. Al Sharpton, who also used the holiday to take aim at the racial rhetoric Trump is said to have used.

“Trump Tower is in the wrong state,” Sharpton told a crowd of 200 at the National Action Network in Harlem. He said it was embarrassing that Trump is from New York. “What we’re going to do about Donald Trump is going to be the spirit of Martin Luther King Day,” he said.