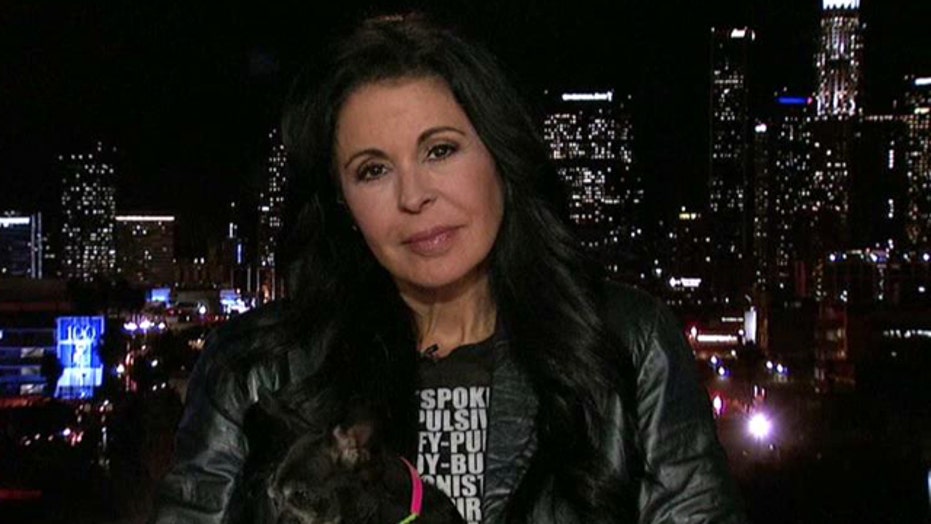 Actress Maria Chonchita Alonso, best known for roles in films such as “The Running Man” and “Moscow on the Hudson,” told Megyn Kelly Monday night that she was forced to quit a role in a production of “The Vagina Monologues” after taping an ad for a Tea Party California gubernatorial hopeful.

“I knew (Tim Donnelly) represented the Republican Party, and I know what he wants to bring into this state,” Alonso said on “The Kelly File.” “That doesn’t mean I have to agree with everything that he thinks.”

But that didn’t matter to those who were outraged that she supported a candidate with conservative politics, Alonso said.

“This is a thing for me,” she said “(The other actors) don’t have to go through that.”

Alonso added that she believes in helping illegal immigrants, so long as they pay their taxes and try to lead good lives.

“I do agree in helping those people,” she said. “But the ones who have criminal backgrounds and bring them into this country should be kicked out right away.”

Despite the rancor raised by the political spot, Alonso hopes “The Vagina Monologues” production has a good run.

“I hope this brings a lot of people to the show, because it’s a fun show,” she said.