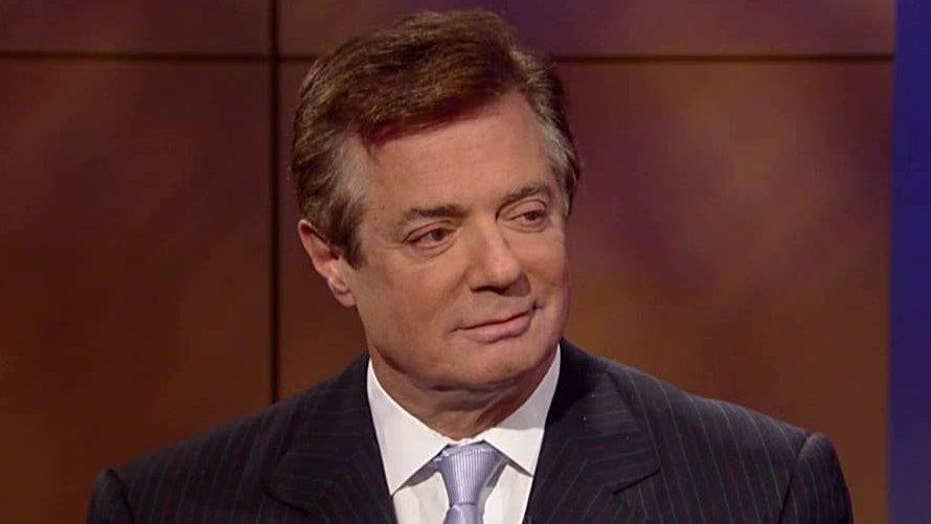 Donald Trump’s outspoken campaign chairman, Paul Manafort, fired back Monday at The New York Times over an in-depth story looking into his work in Ukrainian politics -- which claimed secret ledgers seemed to show more than $12 million in cash earmarked to him from a pro-Russian party.

The story has fueled Clinton campaign claims about Trump's "pro-Kremlin" ties ahead of a major foreign policy address by the Republican nominee. But Manafort accused the Times of bungling the facts.

“Once again, the New York Times has chosen to purposefully ignore facts and professional journalism to fit their political agenda, choosing to attack my character and reputation rather than present an honest report,” Manafort said in a written statement.

Manafort strongly denied receiving any such off-the-book payments – calling the accusation “unfounded, silly and nonsensical” – and denied ever doing work for the government of Ukraine and Russia. He has worked on political campaigns there but maintains they were not government-sanctioned.

“The simplest answer is the truth: I am a campaign professional. It is well known that I do work in the United States and have done work on overseas campaigns as well,” Manafort said.

Manafort maintained “all of the political payments directed to me were for my entire political team: campaign staff (local and international), polling and research, election integrity and television advertising. “

The New York Times story also claimed Manafort “positioned himself to profit from business deals that benefited from connections he had gained through his political consulting.”

One of those involved a network of offshore companies that investigators and independent journalists in Ukraine claim was used for money laundering.

Documents show Manafort continued to work in Ukraine, helping allies of Yanukovych’s fallen government form a political bloc that opposed the new pro-Western administration, the New York Times reported. The Times, though, said Manafort is not the target of a separate "inquiry" into offshore companies.

Trump’s Democratic rival Hillary Clinton was quick to seize on the Times report.

“We have learned of more troubling connections between Donald Trump’s team and pro-Kremlin elements in Ukraine,” Clinton campaign manager Robby Mook said in a written statement. “Given the pro-Putin policy stances adopted by Donald Trump and the recent Russian government hacking and disclosure of Democratic Party records, Donald Trump has a responsibility to disclose campaign chair Paul Manafort’s and all other campaign employees’ and advisers’ ties to Russian or pro-Kremlin entities, including whether any of Trump’s employees or advisers are currently representing and or being paid by them.”

The report comes as Trump is scheduled to give a major foreign policy address Monday afternoon in Ohio.

Two weeks ago, Trump’s foreign policy knowledge was tested when he told ABC News that if he were president, Vladimir Putin would not be going into Ukraine – ignoring the fact that Putin had already annexed Crimea.

On Monday, asked why he shared the piece, Lewandowski said on CNN he was trying to making a point about an anti-Trump bias in the media.

“The media is now focusing on a private person who had a private business model, which no one says there’s anything illegal about what he did,” Lewandowski said.