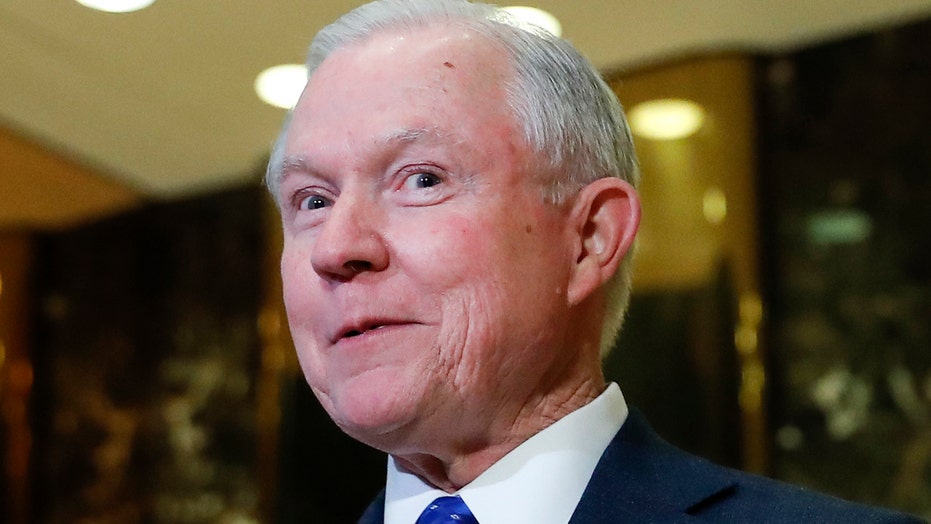 Senate rejected him for judgeship

The unofficial lobbying push to confirm Alabama Sen. Jeff Sessions as the next attorney general already is under way, with conservative allies launching a campaign and website to tout his bona fides – and prevent past controversies from creating turbulence next month.

Sessions, one of President-elect Donald Trump's earliest supporters, was one of his earliest Cabinet selections. Trump, in naming him to the powerful post, called Sessions “a world-class legal mind” admired by “virtually everyone who knows him.”

At the time of Trump's November announcement, however, the pick was met immediately with angry objections from Democrats and immigration activists over his hardline views on the subject. In 2015 he called the phrase “immigration reform” a “legislative honorific almost exclusively reserved for proposals which benefit everyone but actual American citizens.”

Some critics also have sought to revive a decades-old controversy that surfaced during his 1986 nomination to be a federal judge. That nomination was rejected after former colleagues testified he had made a number of racially charged comments, including that he had called the NAACP and ACLU "un-American," called a black prosecutor “boy” and made a joke about liking the Ku Klux Klan until he heard they used marijuana. Sessions has denied making racist comments and called the charges inaccurate.

Sessions’ confirmation hearing is set before the Senate Judiciary Committee for Jan. 10-11.

In preparation, the website ConfirmSessions.com launched Friday, offering a staunch defense of Sessions’ record as both a senator and attorney general in Alabama, who has “worked tirelessly to defend the civil and legal rights of all Americans.”

“From his time as U.S. Attorney to his tenure as Attorney General for the state of Alabama, Jeff Sessions successfully prosecuted drug and violent criminals, corrupt politicians, and white collar offenders, and his record shows an absolute commitment to equal justice under law by putting the people first – not powerful special interests,” Carrie Severino, chief counsel of the Judicial Crisis Network – the group behind the push -- said in a statement. The website is being accompanied by a digital ad buy.

Perhaps anticipating efforts by Democrats to focus on past controversies in his hearing, the group uses the site to highlight Sessions' achievements in the area of civil rights, showing pictures of him holding hands with civil rights icon Rep. John Lewis, D-Ga., commemorating  50 years since “Bloody Sunday” in 2015.

The site also notes his vote in favor of an extension of the Voting Rights Act, his work suing the KKK in Alabama and his efforts to award the Congressional Gold Medal to Rosa Parks. The site includes a lengthy document outlining his civil rights record as a U.S. attorney, including quotes of praise.

“At a time when many U.S. Attorneys in the South were not always welcoming to the Civil Rights Division, Jeff Sessions was,” said Barry Kowalski, a former DOJ employee who prosecuted the L.A. police officers who beat Rodney King. “Jeff had the vision and the courage and the desire to do right.”

The push comes as Trump moves to finalize his Cabinet selections. He still needs to name a Veterans Affairs and Agriculture secretary, but his AG pick stands as one of his most important Cabinet nominees. Sessions could be a crucial advocate in Trump's pursuit of immigration policy changes, among other priorities.

The controversy surrounding Sessions, however, may have ebbed as critics focus on other more recent picks such as ExxonMobil CEO Rex Tillerson for secretary of State, and former Texas Gov. Rick Perry to head the Department of Energy. Tillerson in particular has faced bipartisan concerns over his Russia ties.

Further, with Trump needing only to muster a simple majority in the Senate to confirm Cabinet nominees, he could seal Sessions' appointment by keeping majority Republicans in line.

Sessions' allies still are taking care to stress Sessions' past bipartisan support, in hopes that his colleagues on both sides of the aisle join together in confirming him. The pro-Sessions site includes testimonials from top Democratic leaders including incoming Senate Minority Leader Sen. Chuck Schumer, D-N.Y.

Schumer recently said Sessions will get a "very thorough and tough vetting" in the confirmation process. Other Democratic colleagues signaled they'll make noise next month.

Sen. Elizabeth Warren, D-Mass., said in a November statement: “Thirty years ago, a different Republican Senate rejected Senator Sessions’ nomination to a federal judgeship. In doing so, that Senate affirmed that there can be no compromise with racism; no negotiation with hate. Today, a new Republican Senate must decide whether self-interest and political cowardice will prevent them from once again doing what is right.”

Severino told FoxNews.com their website is focused on helping voters understand who Sessions is, while countering some of the criticism leveled at him over alleged past remarks.

“We will be batting those attacks down, but the bigger purpose is to make the positive case and we are explaining why he is qualified for this position,” she said. “We just want to be ready if they do ramp [the attacks] up further.”