Lisa Boothe made the claim Monday on "Tucker Carlson Tonight," after watching a clip of O'Rourke reacting to polls showing him garnering two percent support among Iowa Democrats, while de Blasio was listed at zero percent.

"I don't know that this many months out from the caucuses in Iowa, that these polls really indicate what our prospects are," O'Rourke told ABC News anchor George Stephanopoulos.

"Not only does he seem delusional, but he's back-tracked in his campaign," Boothe claimed. "But, it's not as bad as Bill de Blasio who is registering at zero right now in Iowa. So, both are facing big obstacles ahead of them." 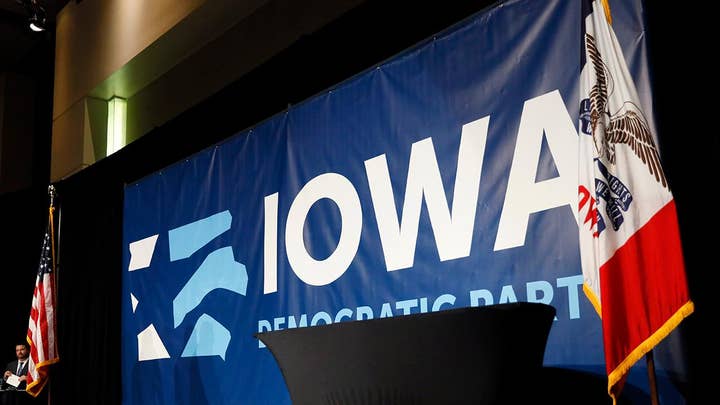 Host Tucker Carlson added he thought de Blasio would be able to garner some figure of support in Iowa, more than a thousand miles from the mayor's home.

"The idea was the farther you get from New York City, the less people know about what a disaster he is, so the more likely they are to support him," Carlson claimed.

The poll Boothe cited was conducted by the Des Moines Register and released Saturday, surveying likely Democratic caucus-goers in Iowa.

It showed Joe Biden in the lead, but with softer support than last December, and a virtual tie for second place among Sens. Bernie Sanders, I-Vt. and Elizabeth Warren, D-Mass. and South Bend, Ind., Mayor Pete Buttigieg.