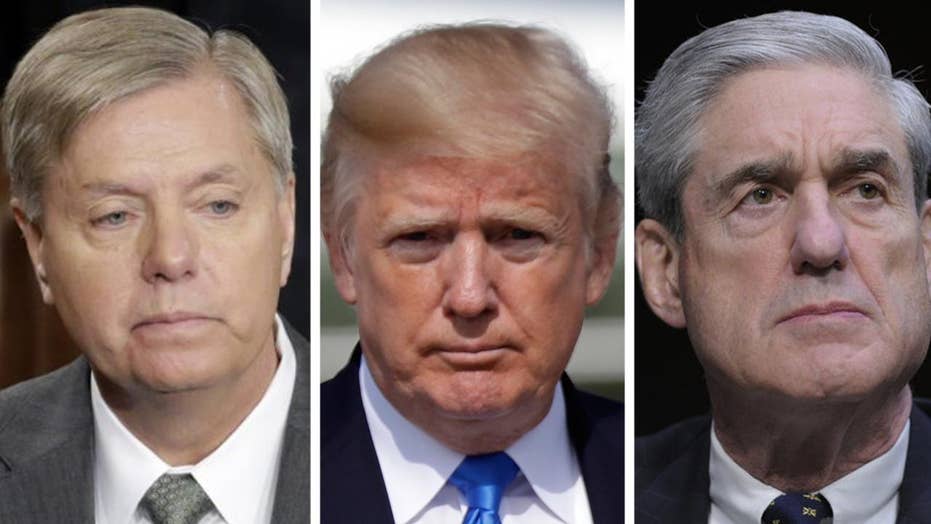 Special counsel Robert Mueller’s charges against former Trump campaign chairman Paul Manafort and two other aides mark a new phase in his sprawling investigation into Russia and President Donald Trump. But the president’s supporters on Capitol Hill have said they want all the facts to come in first.

There “will be holy hell to pay” if Mueller is dismissed, Senator Lindsey Graham, R-S.C., told Fox News on Monday, unconcerned about rumblings of the ongoing threat Mueller poses to the president. He said there is zero evidence from the White House that Mueller’s investigation will be stopped or curtailed.

Asked to elaborate, Graham continued: “I've heard nothing from the White House to suggest that the president's going to try to replace Mr. Mueller. Zero evidence from anybody I've talked to. It would be wrong to do so unless there were cause.”

People familiar with Trump’s thinking told The Associated Press the president has become increasingly concerned that the Mueller probe could be moving to an investigation into his personal dealings.

“No politician should ever be afraid of the American legal system working its will,” Graham told Fox News about many of his colleagues’ refusal to comment on the case.

Many lawmakers noted the U.S. government would continue as normal regardless of the indictments.

The agenda of the Trump administration such as health care and tax reform shouldn’t be affected, said Senator John N. Kennedy, R-La., noting that Americans can multitask. “Most Americans do, and I don’t see why we can’t,” he told Fox News.

Trump immediately sought to distance himself after Manafort and Rick Gates pleaded not guilty to a 12-count indictment alleging money laundering, conspiracy and other offenses. Another former aide, George Papadopoulos, was revealed to be cooperating with authorities after pleading guilty to lying to the FBI.