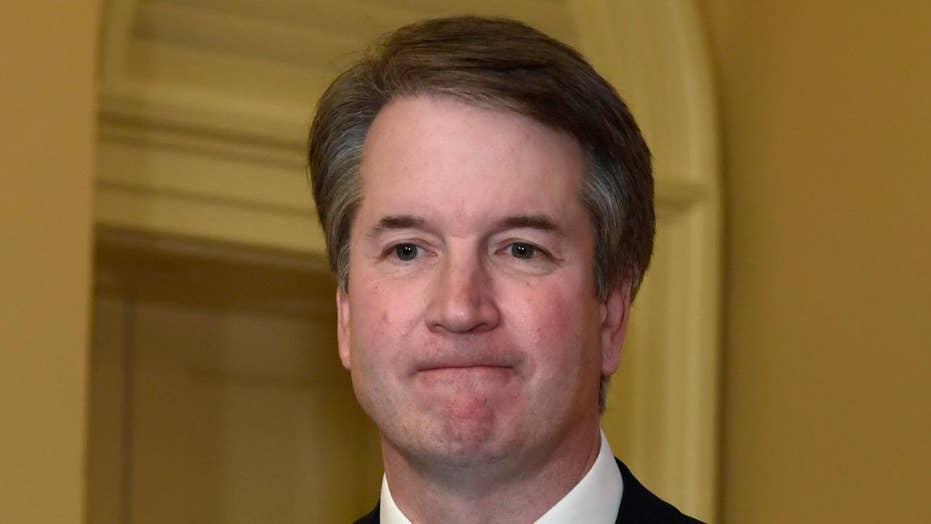 The latest line of attack from liberals against Brett Kavanaugh, President Trump’s nominee for the Supreme Court, is knocking the judge for his “frat boy”-sounding first name.

“Now I don’t know much about Kavanaugh, but I’m skeptical because his name is Brett,” Colbert said during the monologue on his show Tuesday. “That sounds less like a Supreme Court justice and more like a waiter at a Ruby Tuesday’s. ‘Hey everybody, I’m Brett, I’ll be your Supreme Court justice tonight. Before you sit down, let me just clear away these rights for you.’”

Some conservatives expressed bewilderment over the attacks.

“So between this and Colbert, I guess the Left’s leading attack on Kavanaugh is his first name?” NRATV host Cam Edwards tweeted.

Trump on Monday announced Kavanaugh as his choice to replace retiring Supreme Court Justice Anthony Kennedy. During the announcement, Kavanaugh, who attended prep school outside Washington and later went to Yale, was joined by his wife and two daughters and sought to portray himself as a family man.

“For the past seven years, I have coached my daughter’s basketball teams,” Kavanaugh said. “The girls on the team call me ‘Coach K.’”