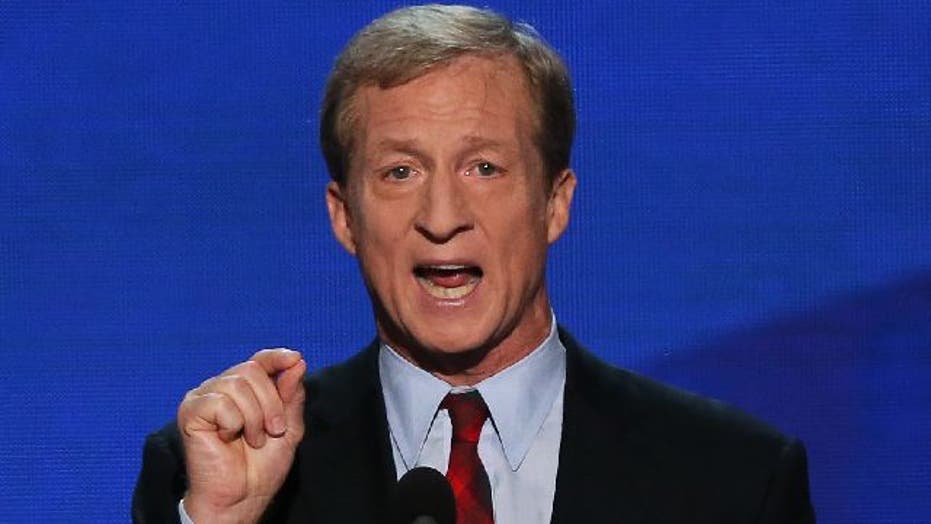 Liberal billionaire activist Tom Steyer is keeping the pressure on House Democrats to impeach President Trump, releasing a scathing ad slamming the party for balking at the idea.

Steyer has been a leading advocate for beginning the impeachment proceedings against Trump, spending tens of millions on TV ads and other measures to rally the support for the drastic course of action.

But the latest ad, titled “Nothing Happened,” appears to be the most unambiguous attack on Democratic lawmakers for failing to impeach the president, assailing the party for being passive.

“This is a message for leaders of the Democratic Party,” actors in the video say. “For over two years this president has broken the law and nothing happens. You told us to wait for the Mueller investigation, and when he showed obstruction of justice, nothing happened.”

“When this President took money from foreign governments and blocked their release of his tax returns, nothing happened. And when his administration illegally refused to testify, nothing happened," the speakers add. “Now you tell us to wait for the next election? Really?’

The billionaire himself even appears in the ad, saying “This is our democracy, but Congress is part of the system and the system is broken. We have to fix it.”

Democratic leadership has balked at the idea of impeaching Trump, with House Speaker Nancy Pelosi dismissing the efforts by certain Democrats.

“I’m not for impeachment. Impeachment is so divisive to the country that unless there’s something so compelling and overwhelming and bipartisan, I don’t think we should go down that path, because it divides the country. And he’s just not worth it.”

“I’m not for impeachment,” Pelosi told the Washington Post last month. “Impeachment is so divisive to the country that unless there’s something so compelling and overwhelming and bipartisan, I don’t think we should go down that path, because it divides the country. And he’s just not worth it.”

Trump recently slammed Steyer for his impeachment push, calling him a “weirdo” and accusing of using the impeachment as a way to stay relevant.

“Weirdo Tom Steyer, who didn’t have the ‘guts’ or money to run for President, is still trying to remain relevant by putting himself on ads begging for impeachment. He doesn’t mention the fact that mine is perhaps the most successful first 2 year presidency in history & NO C OR O!” Trump tweeted.

A number of 2020 presidential hopefuls are also in support of such proceedings, including Sens. Elizabeth Warren, D-Mass., and Kamala Harris, D-Calif.