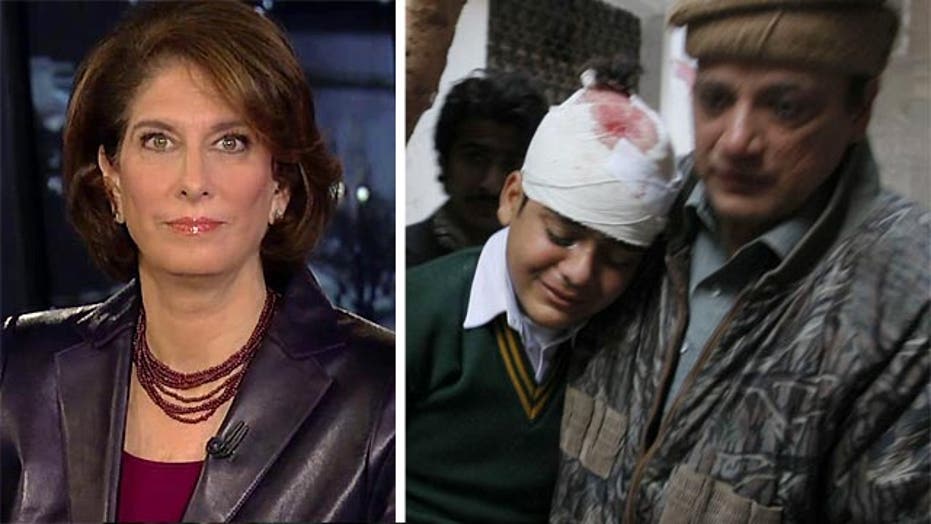 Mara Liasson said Tuesday that the administration’s intention to withdraw American troops from Afghanistan would be under closer scrutiny if the terror attack in Pakistan had occurred in Afghanistan instead.

Mara Liasson said Tuesday on “Special Report with Bret Baier” that the administration’s plan to withdraw American troops from Afghanistan would be under much closer scrutiny if the terror attack that killed at least 141 people at a military-run school in Pakistan had occurred in Afghanistan instead.

The attack in Pakistan came only a day after the president reiterated in New Jersey that combat operations are coming to an end in Afghanistan.

“I think we… dodged a bullet here,” Liasson said, adding, “Because it happened in Pakistan, a place where the United States doesn’t have troops.”