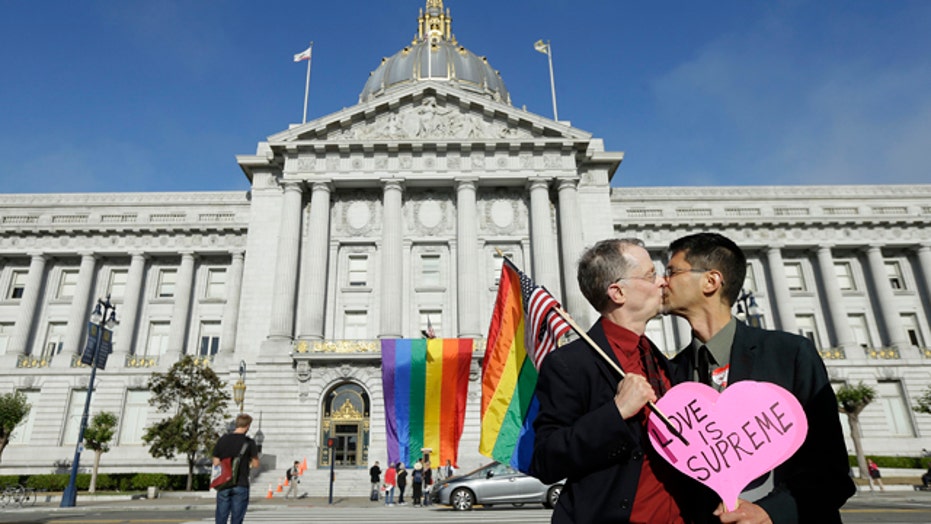 A bipartisan group of lawmakers is calling on the federal government to start counting the number of homosexuals living in the United States.

The group of nearly 80 lawmakers wrote a letter to a House Appropriations subcommittee on Tuesday, asking the U.S. Census Bureau to survey people about their sexual orientation and gender identity.

Specifically, the legislators are asking the committee, which oversees the Census Bureau, to support the additional data collection as part of the fiscal 2017 appropriations bill.

The Census Bureau told FoxNews.com there are currently no plans in place to accommodate that request.

"Decisions on new content are reached through careful consideration and public input and linked to a federal, legislative or programmatic need for the data," the agency said in a written statement. "At this time, the Census Bureau does not have plans to test a transgender category for the 2020 decennial census."

Still, supporters are hoping to sway the agency and say the information would help the government identify and track the location and circumstances in which gay, lesbian, bisexual and transgender people live.

But the initiative could raise privacy and even safety concerns in some parts of the country.

Key Jackson, director of national programs at COLAGE, Children of Lesbians and Gays Everywhere, told FoxNews.com that while being able to identify LGBT communities using census data would help lawmakers better serve constituents, there is “an underlying fear” of targeted attacks.

“We know there’s always the possibility of backlash,” she said. “There is an underlying fear as an LGBT parent. But being able to identify LGBT communities would give us more leverage, more power.”

In 2013, the Census Bureau began asking about same-sex couples’ marital status as part of its American Community Survey. Currently, the census only identifies same-sex couples who are married.

“Expanded data collection on LGBT people is needed to help policymakers and community stakeholders understand the full extent of these disparities, as well as identifying the needs of these communities so they can be better served,” the letter states. “It is also crucial to our ability to respond with effective and sensible policy solutions that address the unique needs of this vulnerable population.”

The letter adds there is “compelling evidence” that transgender people are at a “greater risk of being victimized by violence.”