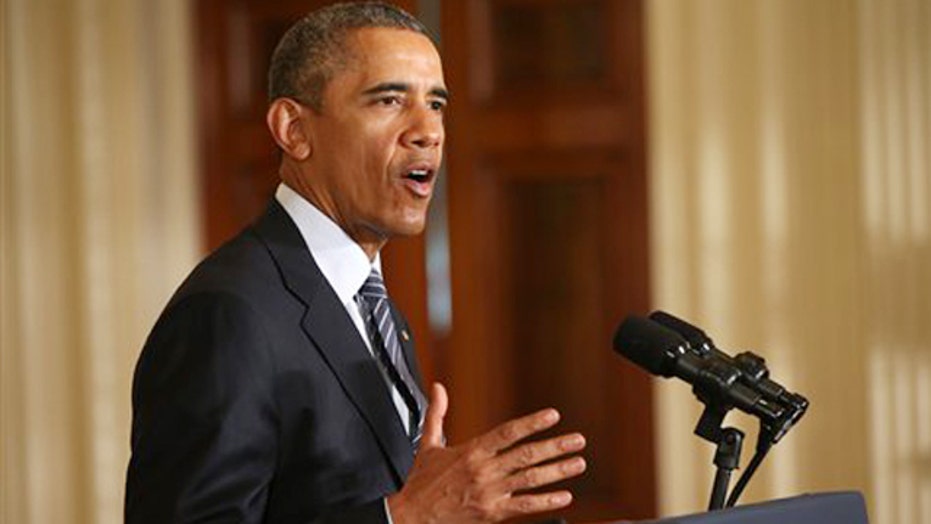 Obama announces new EPA rules before its 'too late'

A Senate subcommittee on Tuesday heard witnesses argue that “sue-and-settle” legal arrangements involving the Environmental Protection Agency, the U.S. Fish and Wildlife Service and hyper-aggressive environmental organizations have cut energy suppliers and state regulators out of the discussion, speeded up the agenda to force unrealistic environmentalist priorities on the energy market, and are likely to cost consumers and producers billions of dollars in the years ahead.

Such charges have been heard before, especially as the Obama Administration faced increased Congressional opposition in its second term. But they are reaching a new crescendo with the arrival of the Clean Power Plan and impending costly new rules governing ozone and methane, to name just two substances, as the Administration heads toward its lame duck year after an unprecedented blizzard of rule-making.

The charges are just as vigorously disputed by the federal agencies and environmental groups.

“The sue-and-settle model takes policy making away from the public and puts it into the hands of one special interest driving an agenda to ultimately prevent the use of fossil fuels,” declared Katherine Sgamma, vice-president of the Western Energy Alliance, a Colorado-based lobbying organization for small oil and gas producers.

Sgamma noted that as of October 2014, there have been 88 sue-and-settle cases since the Obama Administration took power, and that 79 of them had been launched by environmental groups.

Moreover, the success of some efforts have led to more.  In lawsuits involving the Endangered Species Act (which can affect not only energy production but land use across millions of acres) Sgamma noted that after the Fish and Wildlife Service made a deal with one environmental organization that involved 404 threatened or endangered species, the same organization came back the next year with demands involving 53 more.

In the case of the Clean Power Plan, the “artificial urgency” of the legal effort has been “key to push the regulations out the door, rush an incredibly complex and expensive rule through standard regulatory review processes, steamroll any potential political opposition, and put pressure on the states to begin compliance activities immediately,” argued Andrew Grossman, an adjunct scholar at the libertarian Cato Institute.

Calling the Clean Power Plan announced Monday by Obama and EPA chief Gina McCarthy a “naked power grab” that imposes national standards on state regulators, among others, Grossman charged that “at every step of the way, EPA has relied on sue-and-settle tactics to facilitate its outrageous conduct.”

“This is not how the regulatory process is supposed to work in a country founded on the principles of the rule of law and federalism.”

Sue-and-settle is shorthand for a legal agreement after plaintiffs sue a federal agency for failing to meet a deadline for undertaking a review or filing a regulation, then work with the agency privately to create a plan and new deadlines. The deals often have the effect of imposing a higher priority on the action than the cumbersome regulatory bureaucracy might otherwise give it. How they were arrived at is often sealed by the courts.

Proponents argue the tactic does no more than make bureaucracies confirm to existing law.

But according to critics, the supposedly adversarial process becomes something different when both sides quietly have the same objective:  it becomes a means of short-circuiting oversight, opposition, and delay that in democracies can lead to broader consensus and accommodation, especially when large and expensive undertakings are involved.

“These agreements are often negotiated behind closed doors, with little to no transparency or public input. Public comments from the states and industries regarding the feasibility or impact of these regulations are routinely ignored.”

Rounds’ argument was backed by testimony from Dallas Baker, a senior official in Mississippi’s Department of Environmental Quality, who said that sue-and-settle “does not afford my state any input into the agreement, yet subjects us to the burden of satisfying the requirements of the agreement.”

Baker cited the case of a letter he received last March as the result of a deal between EPA, the Sierra Club and the National Resources Defense Council, both aggressive litigators, on power-plant sulphur-dioxide emissions.

The letter suddenly put Baker’s state organization on hurry-up notice to certify the acceptable status of a major power plant by upcoming September 18—a lengthy and expensive exercise—or have the power plant declared a violator, even though that status had not been previously in question.

Mississippi is complying, but “the end result of EPA’s sue-and-settle in this case will be the expenditure of already stretched and valuable resources for both the state and [the power plant] with no environmental benefit,” Baker declared.

“Even beyond the sue-and-settle,” Baker added, “we see EPA, where given the discretion to establish timing, chooses to be more and more stringent and less flexible.”

For its part, the federal environmental agency responded to Fox News queries about the hearing testimony by referring to a February, 2014 blog post by its General Counsel, Avi Garbow, which an EPA spokesman said “still stands.”

In the blog post, Garbow declared that “the ‘sue-and-settle’ rhetoric, strategically mislabeled by its proponents, is an often-repeated but a wholly invented accusation that gets no more true with frequent retelling.”

EPA, he said, had no control over who decided to sue the agency, and “is not complicit in such lawsuits.”  The Department of Justice is involved in all settlement decisions and when that course is agreed on, “both agencies do so solely with the interest of the United States in hand.”

In the same vein, a Fish and Wildlife Service spokesman responded to Fox News questions by referring to agency testimony from September 2014 that said settlement agreements “are often in the public’s best interest because we have no effective legal defense to most deadline cases, and because settlement agreements facilitate issue resolution as a more expeditious and less costly alternative to litigation”—meaning the cost to the agency.

EPA’s spokesman also pointed to a December 2014 study by the U.S. Government Accountability Office that examined seven agency settlement agreements over a five-year period and said that none of them “required EPA to take an otherwise discretionary action or prescribed a specific substantive outcome of a final rule.”

In other words, whatever else the lawsuit settlements accomplish, they did not dictate the terms of whatever the agency ultimately decided to do.

That analysis, however, begs the critical question of whether the agency and its impatient suitors may already be of like mind and want to put the pedal to the metal on achieving the outcome.

The same study noted that in cases involving the Clean Air Act, EPA is required to give 30 days’ notice of a settlement and invite public comment. Whether that is sufficient time, given the intimidating complexity of EPA’s often-sweeping rules—the Clean Power Plan involves thousands of pages of often-interlocking aspects—is not discussed.

Moreover, the study notes, “EPA generally does not ask for public comments on defensive settlements if the agency is not required to do so by statute.”

Six other “key” environmental laws examined by GAO, the document says, “do not have a notice and comment requirement for proposed settlements.”