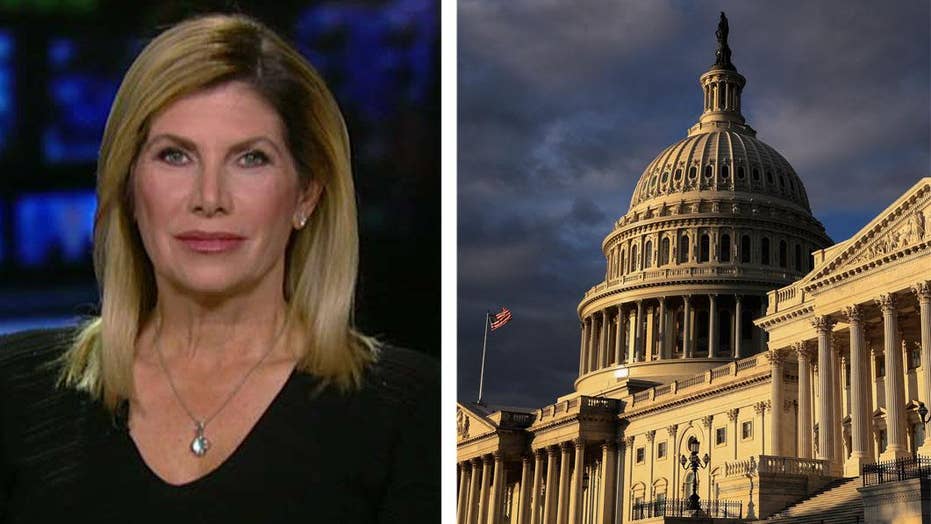 Former congresswoman opens up on 'The Story.'

At least two sitting members of Congress - one from each party - have been the subjects of rampant sexual harassment complaints, one lawmaker testified Tuesday in a House hearing about overhauling the current system on Capitol Hill that some argue stacks the deck against the accuser.

The California Democrat recently introduced legislation to make sexual harassment training mandatory for members of Congress after sharing her own story of being assaulted by a male chief of staff.

“What are we doing here for women, right now, who are dealing with someone like that?”

Speier’s bill, which has been defeated in the past, is picking up bipartisan support this year.

Republican Rep. Barbara Comstock of Virginia said she’d heard a story about a member of Congress telling a staffer to bring work material to his house. When she got there, he exposed himself to her.

“What are we doing here for women, right now, who are dealing with someone like that?” Comstock asked at the House hearing on preventing sexual harassment on Capitol Hill.

During the past few weeks, stories of sexual harassment and gender hostility across many industries have been dominating the news. Multiple incidents out of D.C. and other state houses have shed light on the difficulties victims face when trying to report their accusers.

In Congress, there is purportedly a “creep list” in circulation. The informal roster is mostly passed along by word-of-mouth and spotlights some of the more nefarious characters in Congress known for behavior that includes everything from unwanted touching to hitting on subordinates.

About 1,500 former Capitol Hill aides have signed an open letter to House and Senate leaders demanding that Congress put in place mandatory harassment training. They’re also calling to revamp the Office of Compliance, a small office that few knew even existed.

A little-known law on the books for more than a decade gives anyone accusing a federal lawmaker of sexual harassment the right to sue – but only if they consent to a lengthy drawn-out process that includes a written statement within 180 days of the incident, 30 days of counseling and another month or so of mediation.

“Staffers who do decide to pursue a complaint face an opaque and burdensome process,” Kristen Nicholson, director of the Government Affairs Institute, who served as chief of staff to Rep. Jim Langevin, D-R.I., from 2001-2017, wrote in an editorial.

“Hill offices are small and run largely as members see fit,” she said, adding there’s no HR department with whom to lodge a confidential complaint and that staffers are “conditioned” against saying anything that might make their boss or even the institution look bad.

After a while, offenses are seen more as an occupational hazard.

“These notions become so ingrained they stay with most of us long after we’ve left the Hill,” Nicholson said.

Earlier this month, The Associated Press reported on one current and three former female lawmakers who said they had been harassed or subjected to hostile and sexually suggestive comments by fellow members of Congress, some of whom are still in office. Shortly afterward House Speaker Paul Ryan, R-Wis., sent a memo to fellow lawmakers encouraging them to complete sexual harassment training and make it mandatory for their staffs.

Last week, the Senate unanimously approved a measure requiring all senators, staff and interns to be trained on preventing sexual harassment.

On a voice vote, lawmakers adopted a bipartisan resolution calling for training within 60 days of the measure's passage.

Each Senate office would have to submit certification of completed training, and the certificate would be published on the public website of the secretary of the Senate.

The measure had widespread support, and the action occurred within days of the resolution's formal introduction.