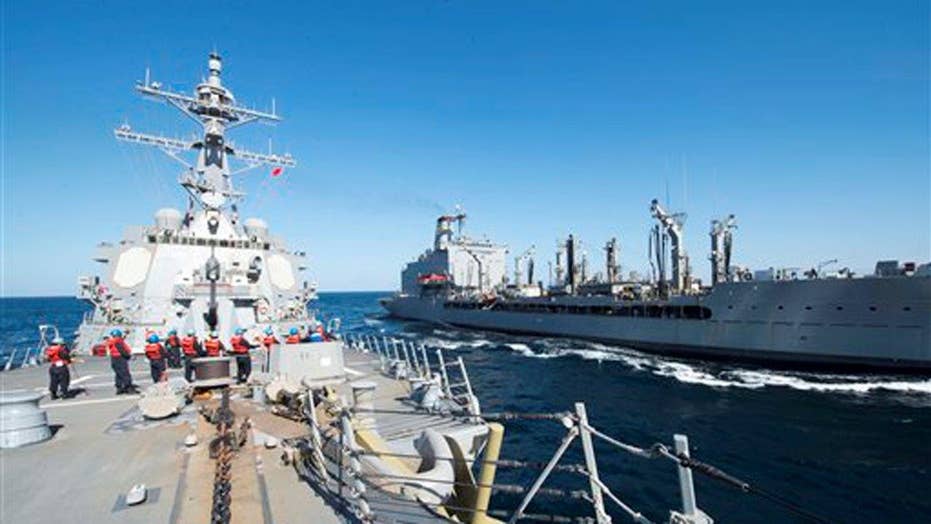 Leading lawmakers, including supporters of President Obama’s nuclear deal with Iran, rapped the White House for delaying fresh sanctions on Tehran over its missile program, warning that the move would embolden it to further destabilize the Middle East.

The abrupt reversal by the administration came as Iranian President Hassan Rouhani publicly ordered his military to dramatically scale up the country’s missile program if the sanctions went ahead.

Senior U.S. officials have told lawmakers the sanctions were delayed because of “evolving diplomatic work” between the White House and the Iranian government.

The administration had notified Congress on Wednesday that it would impose new financial penalties on nearly a dozen companies and individuals for their alleged role in developing Iran’s ballistic missile program, but pulled back later that day.

“I believe in the power of vigorous enforcement that pushes back on Iran’s bad behavior,” Democratic Sen. Chris Coons of Delaware, a supporter of the nuclear deal, said Friday. “If we don’t do that, we invite Iran to cheat.”

White House and State Department officials declined to comment on what was discussed with the Iranian side. U.S. officials said Secretary of State John Kerry has been in nearly constant contact with his Iranian counterpart, Javad Zarif, in recent days.

Iran’s most powerful political figure, Supreme Leader Ayatollah Ali Khamenei, has repeatedly warned that any new sanctions imposed by the U.S., including in relation to Tehran’s missile program, would violate the nuclear agreement.

Critics of the White House accused President Obama of backing down on his promises to take action in the face of Iranian provocations such as missile launches. They drew parallels to Obama’s failure to follow through on threats to launch military strikes on Syrian President Bashar al-Assad’s regime in 2013 in response to its alleged use of chemical weapons against civilians.

“I fear that pressure from our ‘partners’—or threats from the Iranian government that it will walk away from the deal or threaten the U.S. in other ways—have caused the administration to rethink imposing sanctions for Iran’s violations of the testing ban,” said Sen. Bob Corker (R., Tenn.), chairman of the Senate Foreign Relations Committee.

The sanctions would have been the first imposed on Iran since the nuclear agreement was reached in July. U.S. and European officials said that, if imposed, they would test whether Khamenei was serious about backing away from the deal.