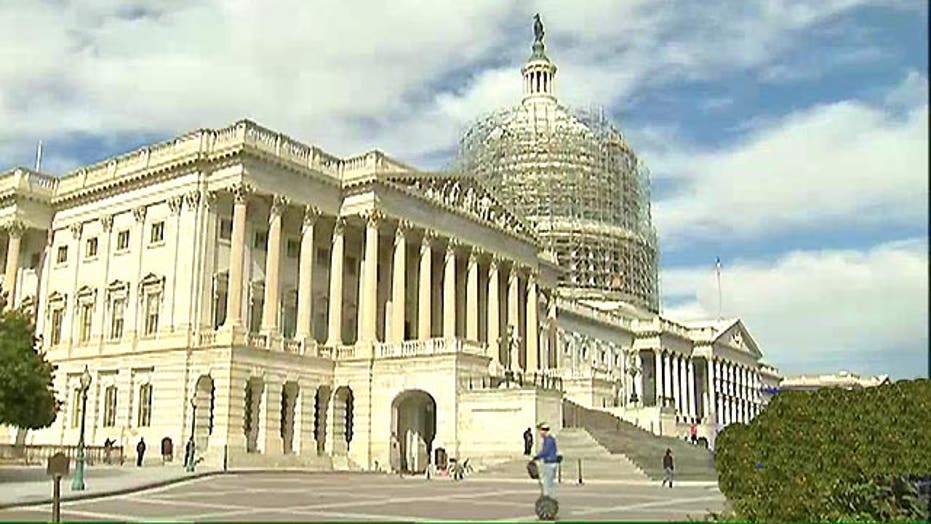 What can we expect from a lame duck Congress?

The aptly named lame duck session of Congress will be short this year --- probably about a month.

"I don’t think the lame duck session is going to last long," said Darrell West of the Brookings Institution, a Washington, D.C. think tank. "There will be a lot of members who just want to get out of Dodge. This has been an unhappy election, especially for Democrats."

Sen. Jerry Moran. R-Kan., leader of the National Republican Senatorial Committee, said many issues should be left to the new Congress,which begins January 3rd. But, he added, the year-end session will do what it must.

Moran said the lame duck Congress will do the "things that are necessary to operate the government -certainly the appropriations bill is one that will be front and center."

And providing the necessary money to combat Ebola. Many also believe there's support to make sure defense is properly funded while the U.S. is trying to stop radical Islamists from marauding through the Middle East.

There are also several other must-do items, including extending some key tax breaks about to expire.

And some of these are very popular, such as the mortgage interest deduction, the childcare tax credit and the research and development tax credit, which is of great interest to the business community, explained Darrell West of Brookings.

But the president also has some goals he hopes to achieve while Democrats still control the Senate, such as nominations for judges and a replacement for Attorney General Eric Holder.

"The scuttlebutt is President Obama would like to nominate Tom Perez, currently the Labor Secretary," said Michael Barone of the American Enterprise Institute. "There's going to be a lot of opposition from Republicans for that."

West added, "there's been great controversy over judicial nominations. Republicans have not been happy with many of the names that Obama has put forth."

Home state senators have some power to block judicial nominees from their state.

But Moran noted that after Senate Majority Leader Harry Reid, D-Nev., pushed through an historic rule change in the Senate, it left Republicans with little leverage over cabinet nominees.

"When the rules were changed," he said, "Republicans (didn't) have much to say about the confirmation of executive officers when only 51 votes (were) required."

The most explosive issue is the president's promise to Hispanic leaders that he'd take executive action to legalize many illegal immigrants if Congress did not act. But then he delayed action until after the election, infuriating some Hispanic lawmakers.

On Wednesday, the day after the midterms, Obama vowed to pursue immigration action.

“Before the end of the year, we’re going to take whatever lawful actions that I can take” to improve the system, Obama said. He said he still wants Congress to pass legislation, but wants to figure out “what we can do lawfully through executive actions” in the meantime. He promised that if Congress passes a bill, it would make any executive actions “go away.”

But Republican leaders issued a warning about unilateral action by the president. In a news conference in Kentucky Wednesday, Sen. Mitch McConnell, the presumptive Senate Majority leader come January, said, "It’s like waving a red flag in front of a bull to say if you guys don't do what I want, I'm going to do it on my own."

McConnell says that would poison the well on any serious effort to pass immigration reform in Congress.