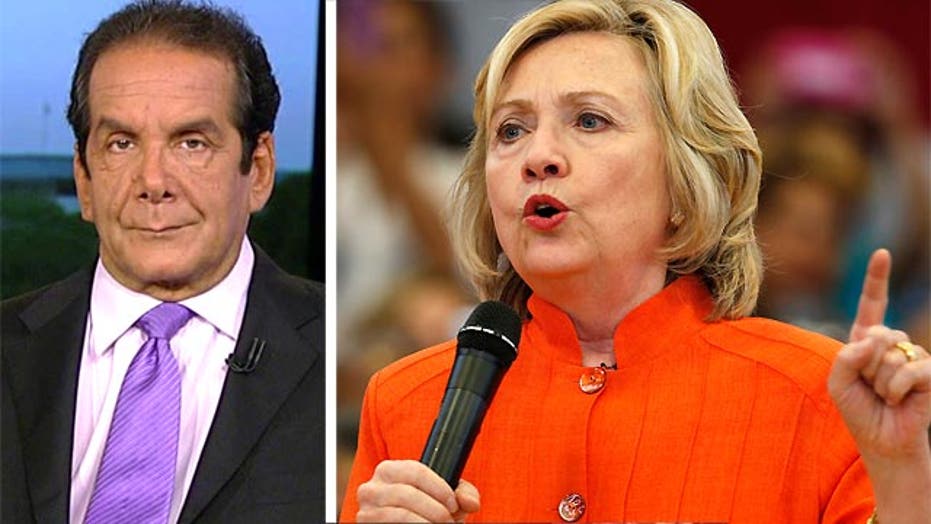 "I'm waiting for her to say 'at this point, what difference does it make,'" the syndicated columnist said, referencing the comment that then Secretary of State Clinton used during a contentious 2013 House Oversight Committee hearing about how she handled the Benghazi bombing that killed four Americans.

He explained that Clinton's answers to questions related to her email scandal "enters the world of farce."  Krauthammer referenced what he called a punch-line of a joke. "The answer to it is 'in a closet, in a bathroom, in a loft in Denver,'" Krauthammer said. "And the question is where are the highest secrets of the State Department kept."

There are reports that the Clinton server was maintained by a small Denver company that allegedly kept the server racks in out of an old bathroom closet in a downtown Denver loft.