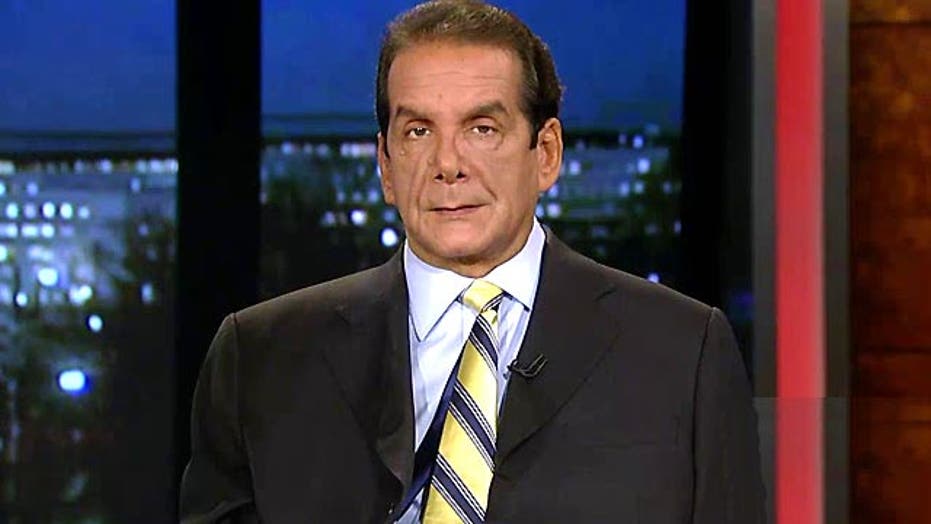 Krauthammer on fight against ISIS

Syndicated columnist Charles Krauthammer said Monday on “Special Report with Bret Baier” that despite the president’s promise to degrade and destroy ISIS, the air campaign led by the U.S. is not sufficient to defeat the terror group.

Charles Krauthammer said Monday on “Special Report with Bret Baier” that President Obama does not seem to be serious "at all" about the U.S.-led airstrike campaign against the Islamic State militant group in Syria and Iraq.

Krauthammer, a syndicated columnist and a Fox News contributor, said the debate over whether the U.S. should deploy ground troops to Iraq was "totally irrelevant," adding there is no chance Obama will do so any time soon.

The bigger issue, he said, was that the air campaign against the militant group, also known as ISIS and ISIL, seemed to be "nothing serious."

"CENTCOM reports there were eight airstrikes Sunday and Monday," Krauthammer said. "That's a joke. Kobani is hanging in the balance. Baghdad is under attack from indirect fire, car bombs. We just heard (Chairman of the Joint Chiefs of Staff Gen. Martin) Dempsey say that ISIS was 12 miles away from taking the Baghdad airport. And we have these pinprick airstrikes when, when you look at the Afghan campaign, the first 73 days, we dropped over 17,000 ordinances over that."

Krauthammer said a concentrated airstrike campaign that could actually drive the militants back was "nowhere to be seen."

"So it's not an issue of if we should have boots on the ground," he said. "The issue right now, are we going to have a serious air campaign or not? It looks as if Obama is not serious about this at all."