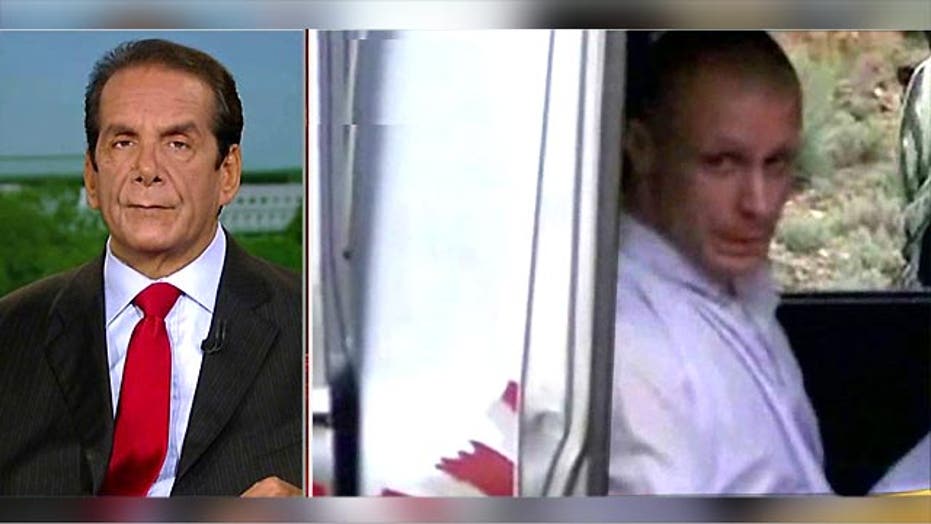 Charles Krauthammer said Friday on “Special Report with Bret Baier” that he believes an exclusive Fox News report that revealed Sgt. Bowe Bergdahl converted to Islam and fraternized with his Taliban captors actually helps Bergdahl's public image, but that Americans need to learn the full story from him.

Secret documents obtained by Fox News Thursday reported that during the five years Bergdahl was held he converted to Islam, fraternized with his captors and declared himself a "mujahid," or warrior for Islam. The documents also revealed that Bergdahl at one point escaped his captors for five days and upon his re-capture was kept in a metal cage.

Krauthammer, a syndicated columnist and Fox News contributor, said the report offers a more sympathetic view of the soldier, who has been slammed by some of his former comrades as a deserter.

"It helps the sergeant, because even though it speaks of him becoming radicalized and sort of a sympathizer with his captors at the end, it does talk about multiple escapes at the beginning," Krauthammer said. "One in 2010, one when he was at large for 5 days and then put in a steel cage, which would tend to argue against the fact that he would intend to be a defector when he left."

Krauthammer said there’s only one way to determine the truth behind these and other reports surrounding Bergdahl’s captivity and the circumstances that led to his capture in 2009.